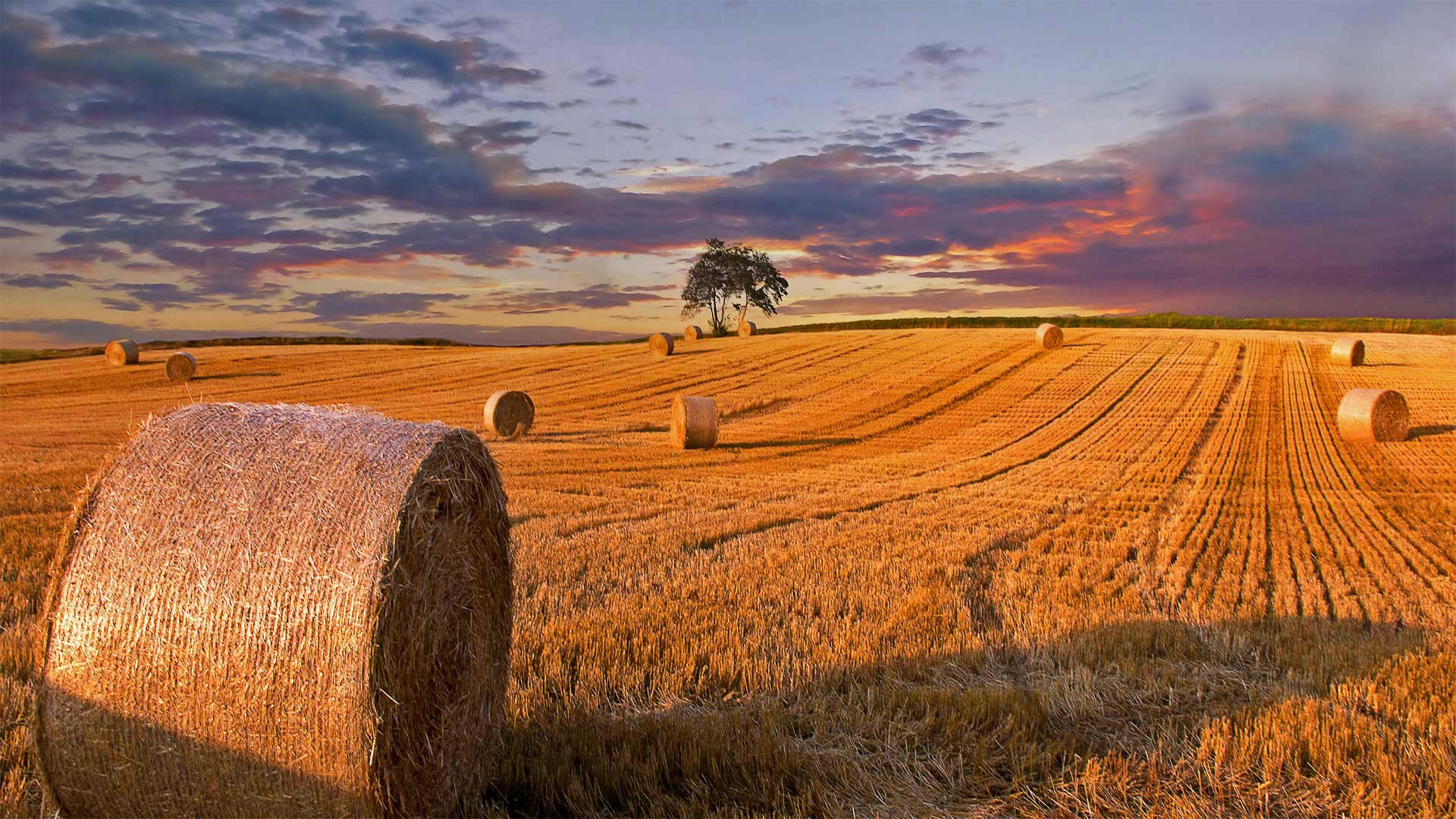 Whenever summer turns to autumn, the hay harvest is at the front of farmers' minds. To mark the occasion, we're ambling through this hayfield full of beautifully rolled bales. This particular pastoral patch is in Jutland, the agrarian mainland of Denmark that 'juts' into the North Sea. But if you could—hay presto—snap your fingers and teleport to any hayfield at sunset, you'd surely see similar neat rows of dry, amber-tinted grass.

The art of drying nutritious grasses as animal fodder is nearly as old and widespread as Jutland's gently rolling hills. And it's a delicate one, especially in places with four distinct seasons: Those precious few fall days when the sun is bright, the air is low in moisture, and the grass is mature might make for a farmer's only chance all year to harvest, dry, and bale up the nutrient-rich vegetation. So, the pithy proverb, 'Make hay while the sun shines' is the golden rule to those who tend these golden fields. 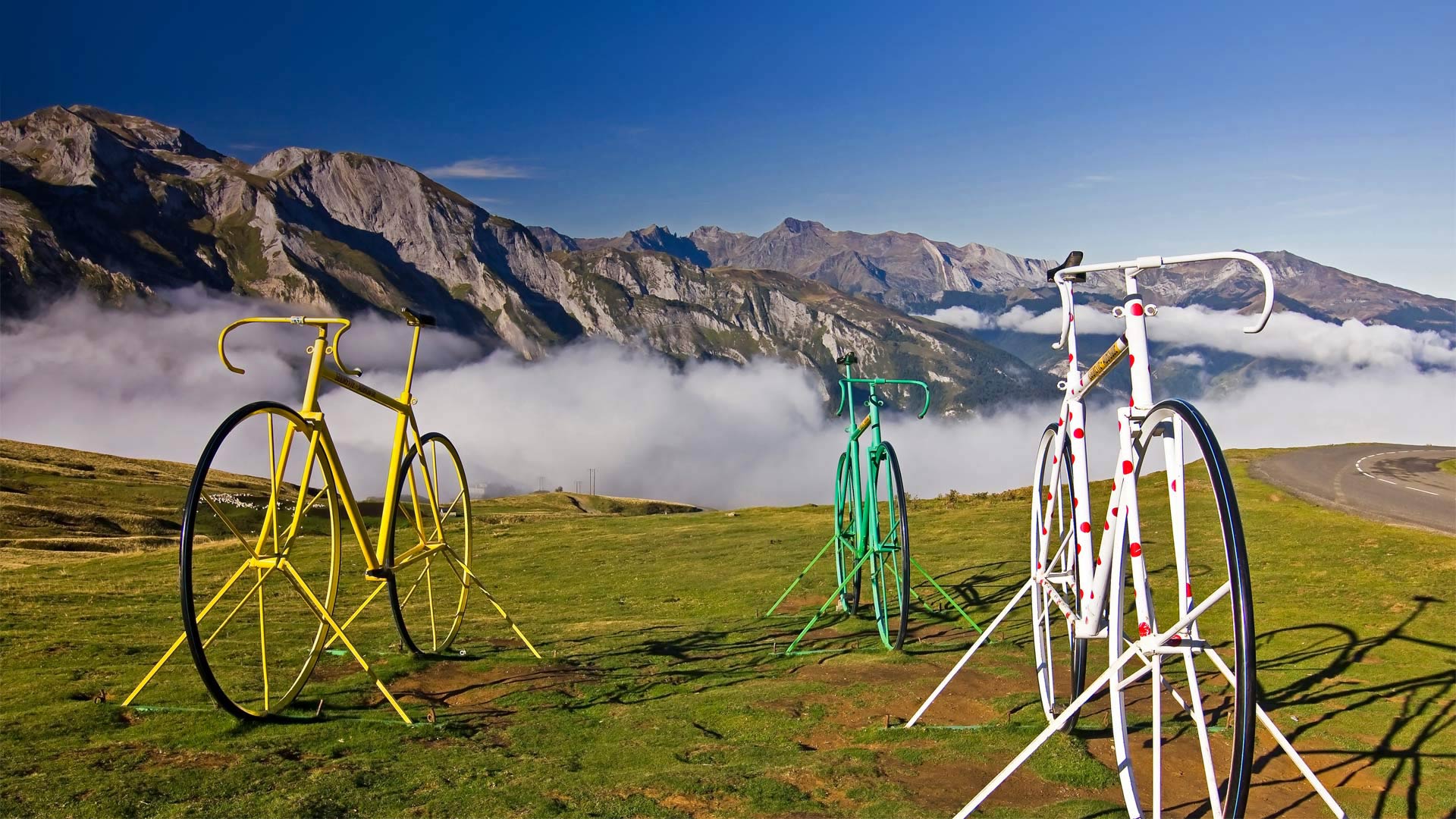 Big wheels on a big mountain

Today we're high in the French Pyrenees at the Col D'Aubisque, a beautiful mountain pass topping out at 5,607 feet above sea level. It has special significance to riders and followers of the Tour de France, which starts today in Nice: The Col D'Aubisque is one of the most famous climbs on the 23-day Tour (21 days of racing), with riders clocking around 2,200 miles overall. The road up the pass has grades in either direction that can tilt past 10%. This epic mountain stage was first added to the 1910 race and it's since appeared in more than half the annual Tours, though not this year as it happens.

Just off to the side of the road at the pass, these three giant bicycle sculptures are painted in colors that correspond to the colorful jerseys worn by Tour de France riders. The yellow bike represents the overall time leader's yellow jersey; the green jersey is for the leader in stage points; and the white polka-dot jersey is for the best climber, or the 'King of the Mountains.' It's an apt name for anyone who conquers the Col D'Aubisque, which is an 'Hors Categorie' climb, meaning it is beyond categorization. In other words, it's really, really, hard. While climbing the Col in 1910, French rider Octave Lapize famously yelled at Tour officials, “You are murderers!” Today, motorists can drive over the pass without breaking a sweat, but cyclists still have their work cut out for them. 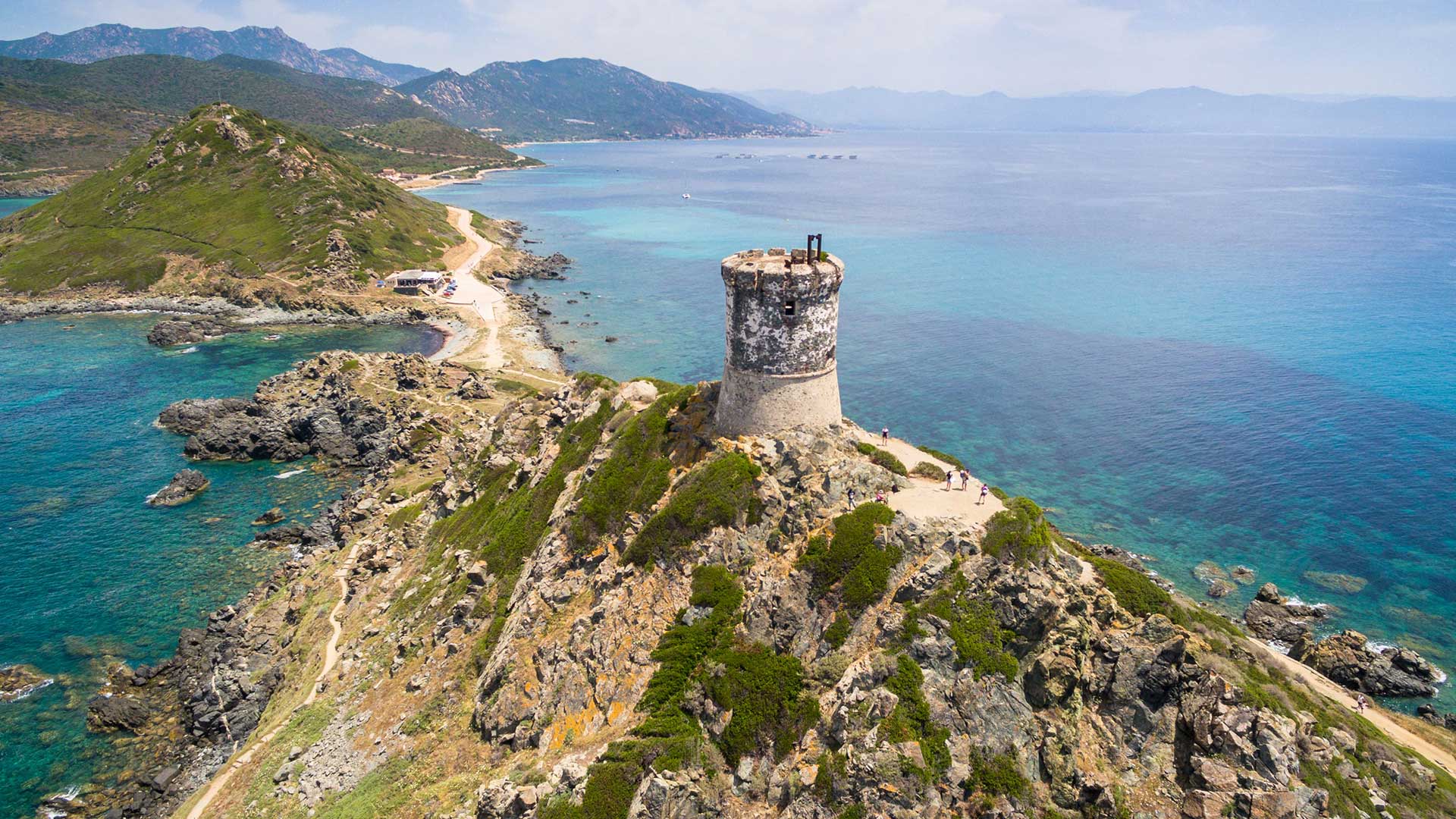 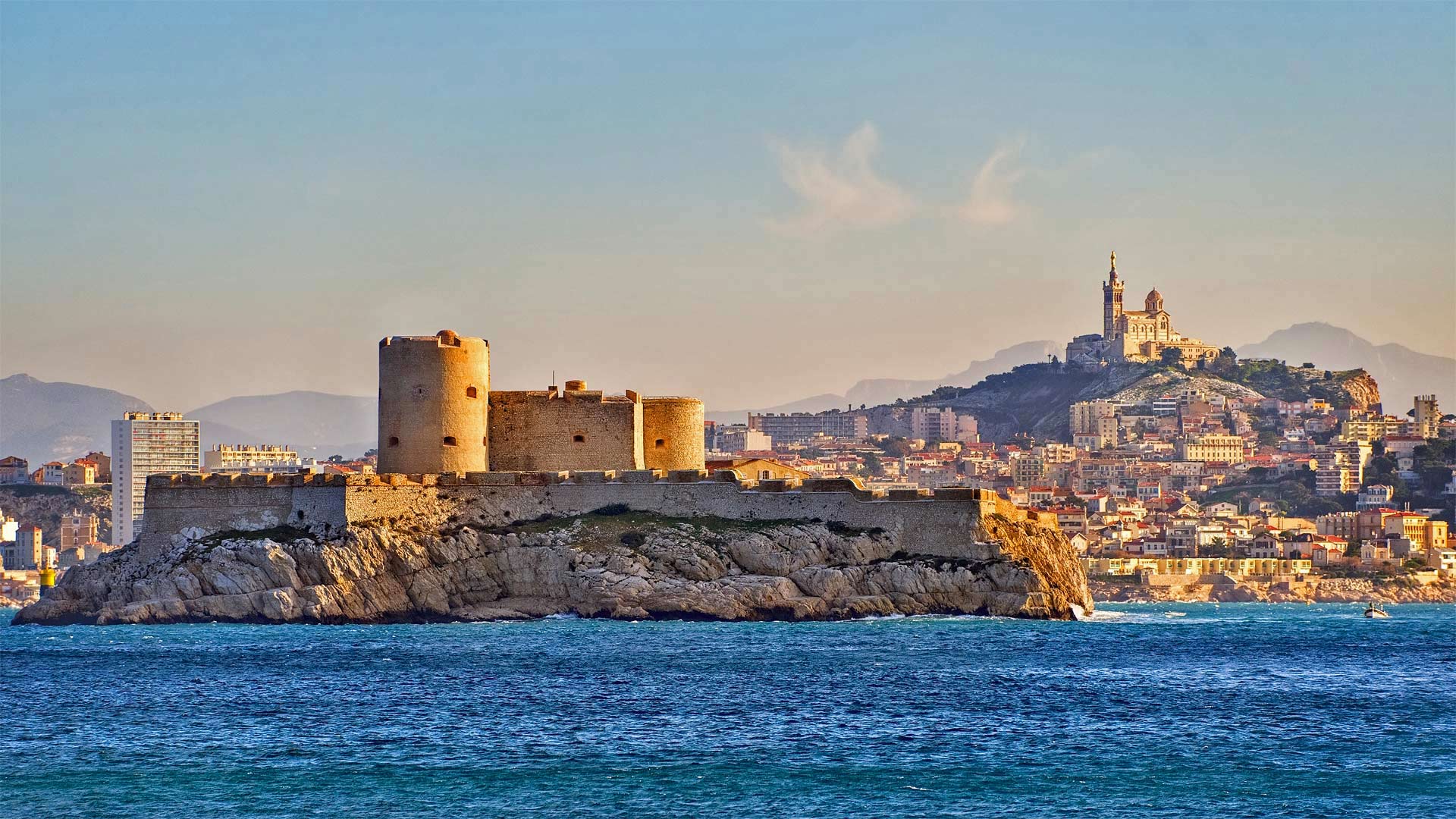 A prison fit for a count

Château d'If, off the coast of Marseille, France, was built beginning in 1524 as a fortress by King Francis I because of the tiny island's steep cliffs and strategic location. While the 'château' never gained notoriety defending the ancient port (since it was never attacked), it did become famous as a prison. Surrounded by treacherous currents—like Alcatraz in San Francisco—it gained a reputation starting in the late 16th century as a dumping ground for powerful political and religious prisoners. As far as official records go, none of the prisoners condemned there ever escaped.

However, there is one famous tale of an escape from the château by one Edmond Dantes, the titular hero of the 1844 Alexander Dumas novel 'The Count of Monte Cristo.' And though he is a work of fiction, you can visit Edmond Dantes' cell on the lower level of the prison. The nearly perfectly preserved castle is just a short ferry ride from the docks of the old port of Marseille. 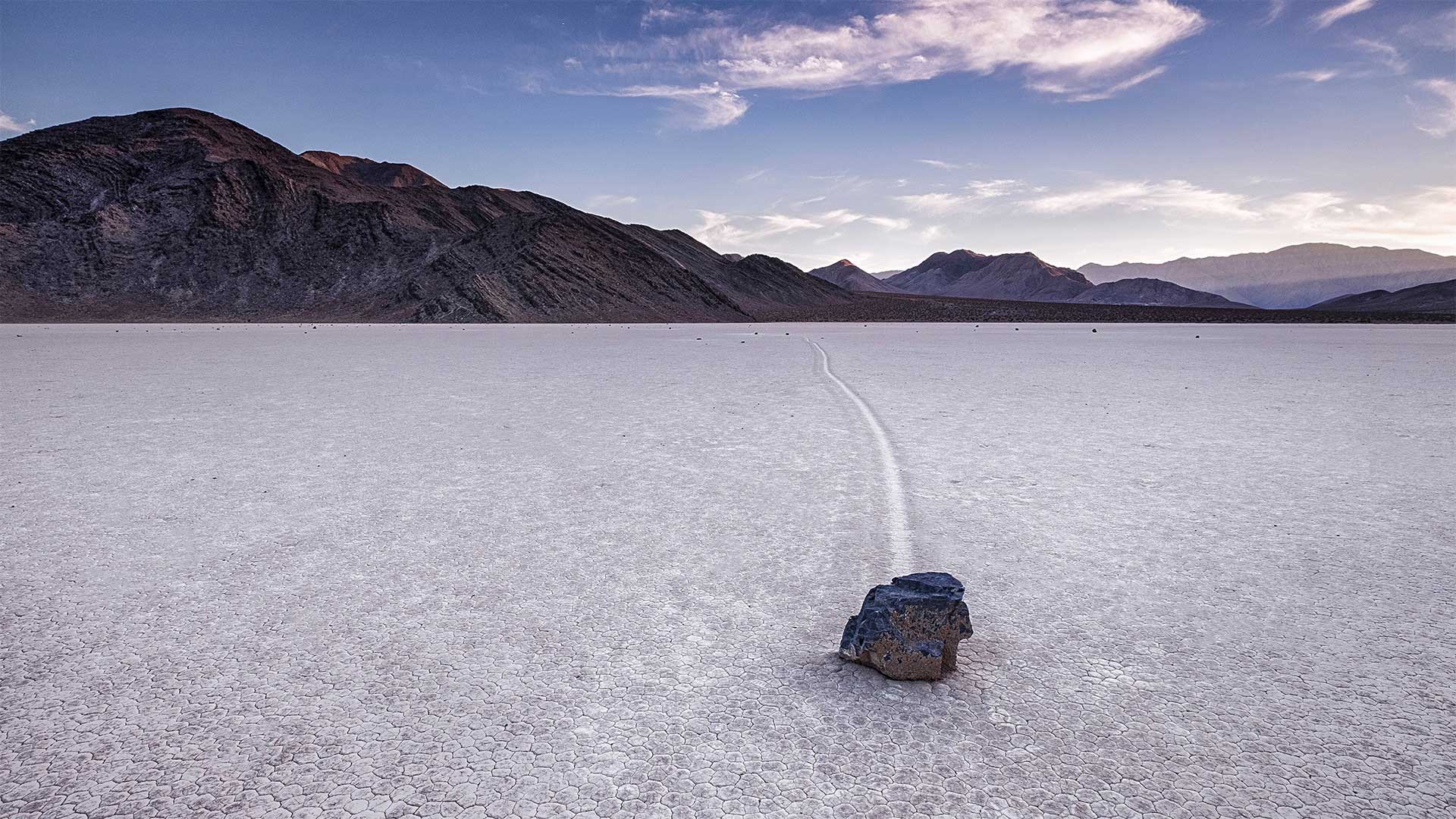 Rocks on the move

No, that stone in today's homepage image didn't get there by itself. Or, did it? Not only is Death Valley one of the hottest places on Earth, it also boasts a mysterious geologic phenomenon—rocks that drift across the exceptionally flat desert floor, seemingly under their own power. The rocks here at Death Valley's Racetrack Playa are known as 'sailing stones' and they can vary in size from a few ounces to hundreds of pounds. As seen in our image, the stones leave long trails behind them as they move across the scenic dry lakebed.

Since the stone trails were first observed in the early 1900s, no one knew just how the stones managed to have apparently 'sailed' across Racetrack Playa without someone to push them along. Because they'd never been seen moving, the sailing stones gave rise to many wild theories to explain their mobility. Then, in 2014, scientists captured the movement of the stones for the first time using time-lapse photography, and the mystery was finally solved: The stones move only with the perfect balance of melting ice, water, and wind. One day that winter of 2014, rain had formed a shallow pond that froze overnight. When it thawed in the next day's sun, the very thin ice sheet melted and cracked into floating panels. Driven by a light wind, these sheets accumulated behind the stones, and very slowly pushed them forward. 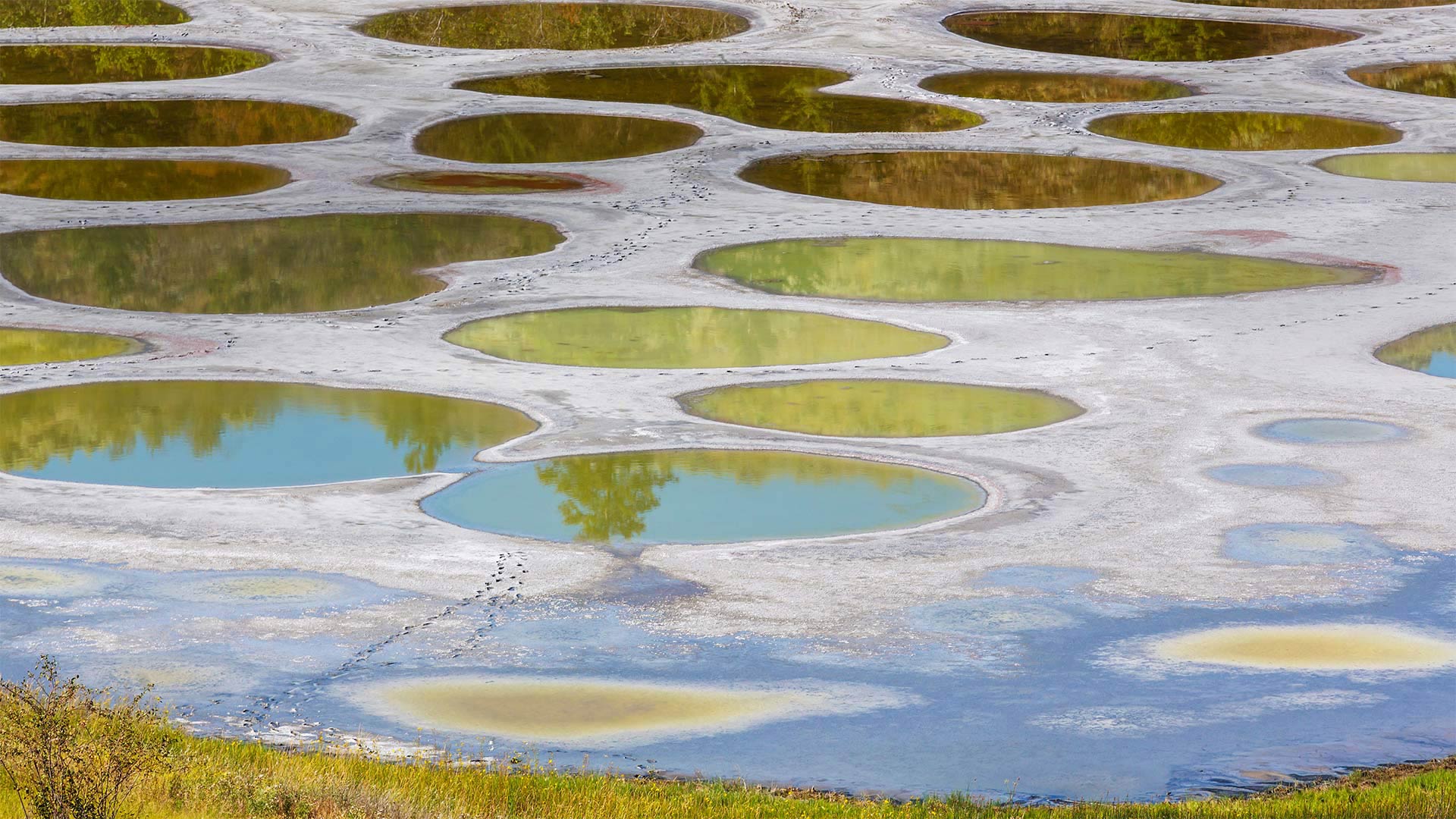 This might look like the surface of some distant planet, but Spotted Lake is much closer to home. Just north of the US border in the Okanagan Valley of British Columbia, Canada, the lake's strange coloration is due to its high concentrations of mineral deposits. It's a protected cultural site of the Syilx/Okanagan Nation for its healing properties. Spotted Lake is an endorheic lake, which is a basin where water collects but has no river or sea to drain into. The water level rises with rainfall during autumn and winter and then as the days grow longer and hotter the water lowers as it evaporates. During the hot, dry summers in the Okanagan, Spotted Lake earns its name–large 'spots' in varying hues of blue, green, or yellow become more prominent as the water level drops. The area's closed to the public, but you can get a decent view from the highway. Binoculars recommended. 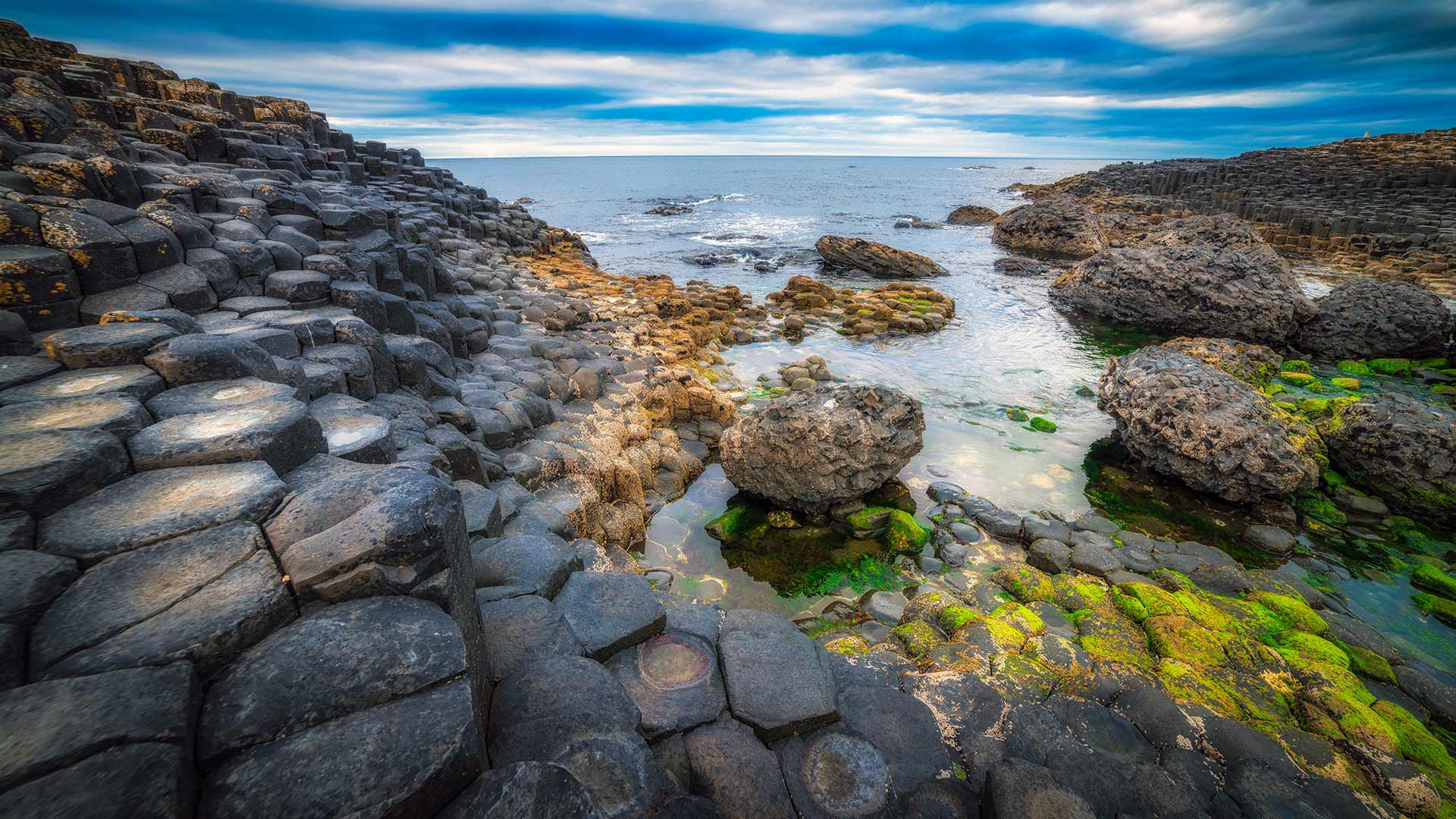 In the footsteps of giants.

Let's follow in the footsteps of giants, this is one of the most popular tourist attractions in Northern Ireland. The Giant's Causeway is an area of about 40,000 interlocking basalt columns, the result of an ancient volcanic fissure eruption. It was declared a World Heritage Site by UNESCO in 1986 and a national nature reserve in 1987 by the Department of the Environment for Northern Ireland. The tops of the columns form stepping stones that lead from the cliff foot and disappear under the sea. Most of the columns are hexagonal, although there are also some with four, five, seven, or eight sides. The tallest are about 12 meters (39 ft) high, and the solidified lava in the cliffs is 28 meters (92 ft) thick in places. 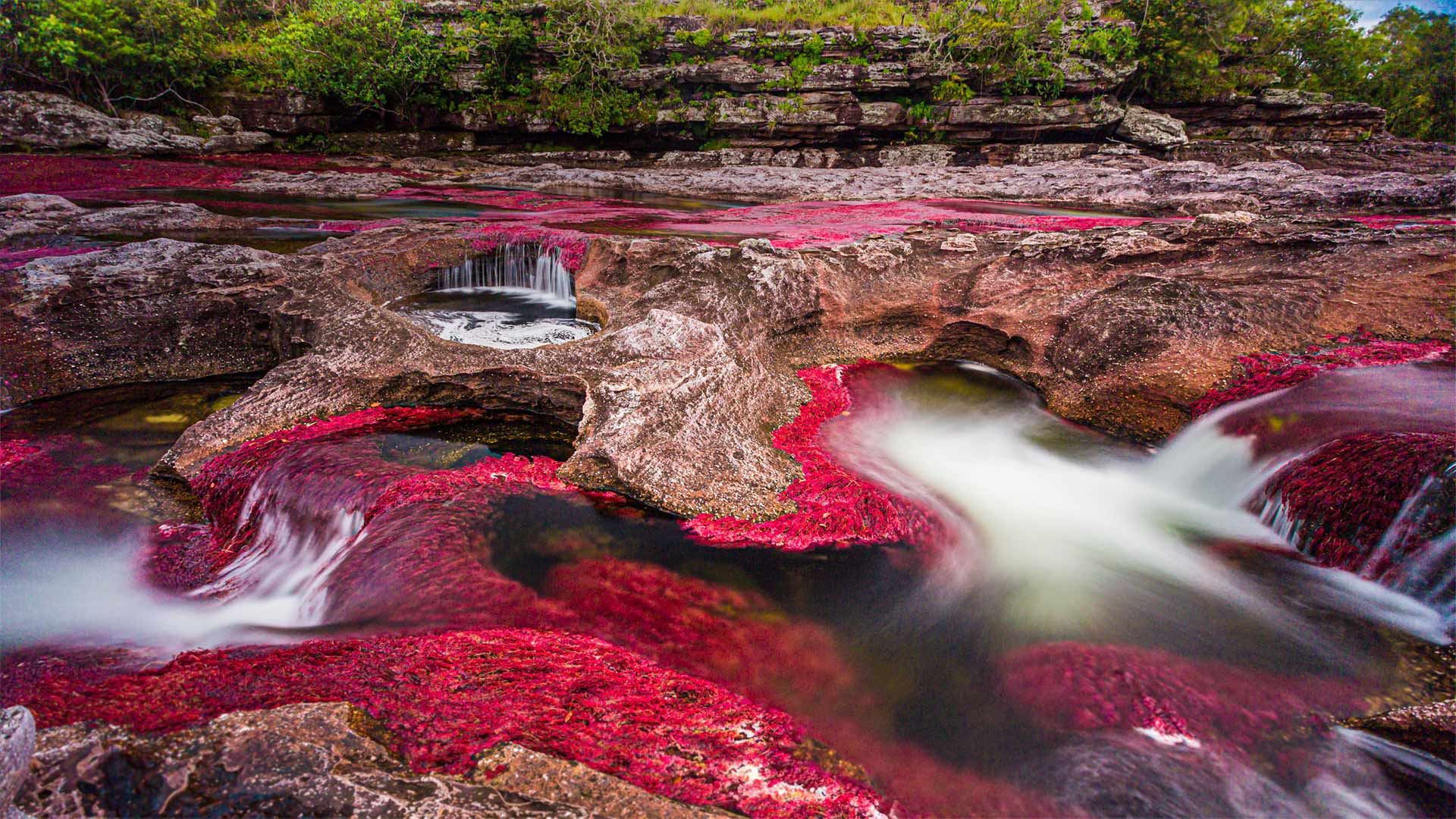 Go with the rainbow flow

Today's photo brings us to the banks of Caño Cristales, the 'liquid rainbow' that cuts a prismatic path through the heart of Colombia. From June through November, when the clear water is low, the abundant underwater plants that cover the riverbed show off their red, yellow, green, and blue hues. The star of the show—especially in this photo—is Macarenia clavigera, a riverweed that ranges from bright red to deep crimson or purple depending on its intake of sun rays. In August and September, when the florid flora are at their peak, it's a coveted nature excursion: Because the river's ecosystem is so fragile, visits are limited to guided tours. 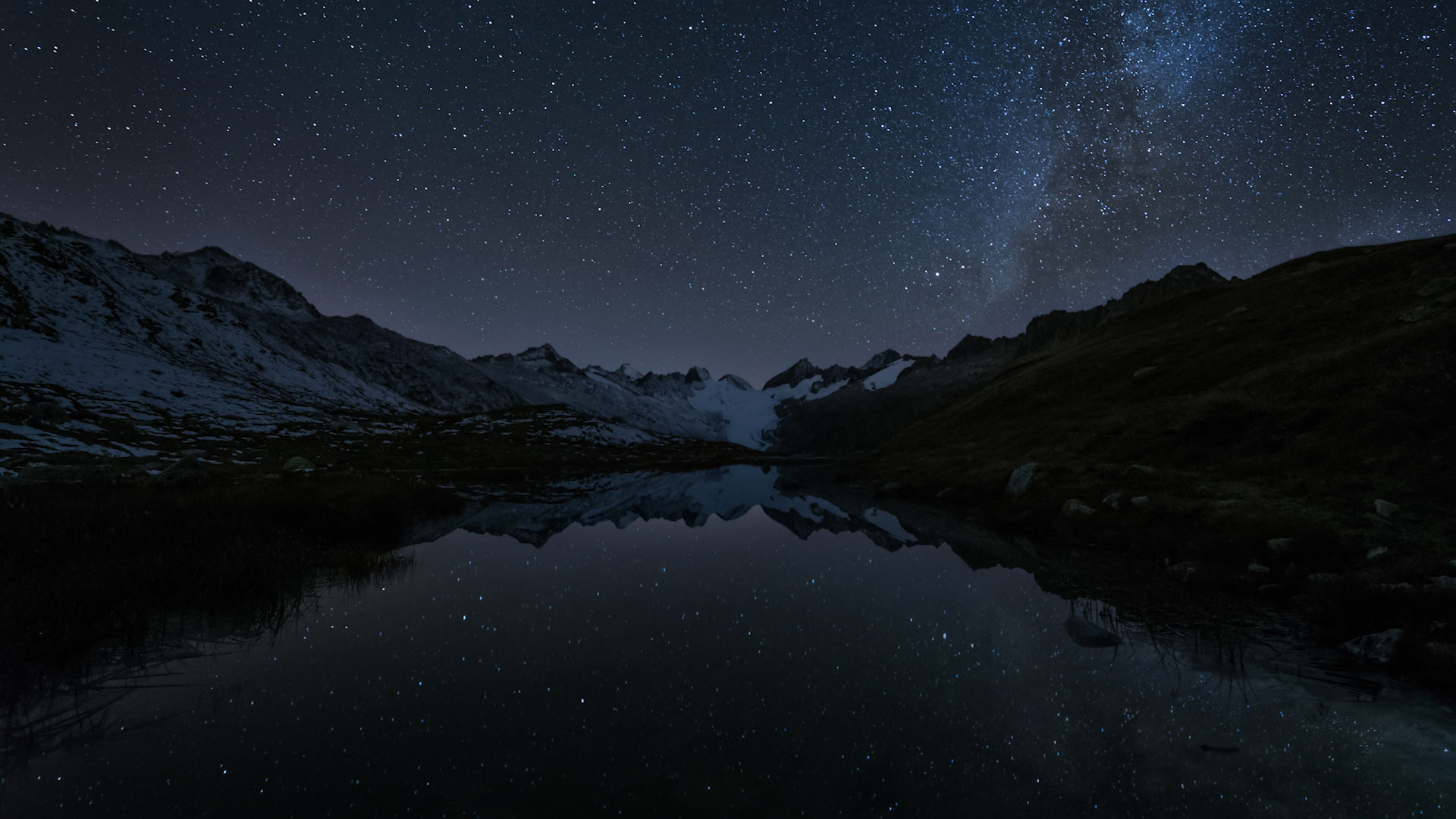 Reflections of the night sky

We're featuring this video of the whirling Milky Way over the Totensee, a small natural lake in Switzerland, to remind you that August is a fantastic time for stargazing. In the Northern Hemisphere, the nights are still long and remain warm, so if you're lucky you can catch the always thrilling sight of a falling star. Tonight would be a good night to look for one because we're at the tail end of the annual Perseid meteor shower. Like most predictable meteor showers, it occurs when the Earth's orbit intersects with the long elliptical path of one of the millions of comets that orbit the Sun. It is called the Perseid meteor shower because the bulk of the meteors will appear to originate out of the constellation Perseus. So, turn out the lights, head outside, and look up! 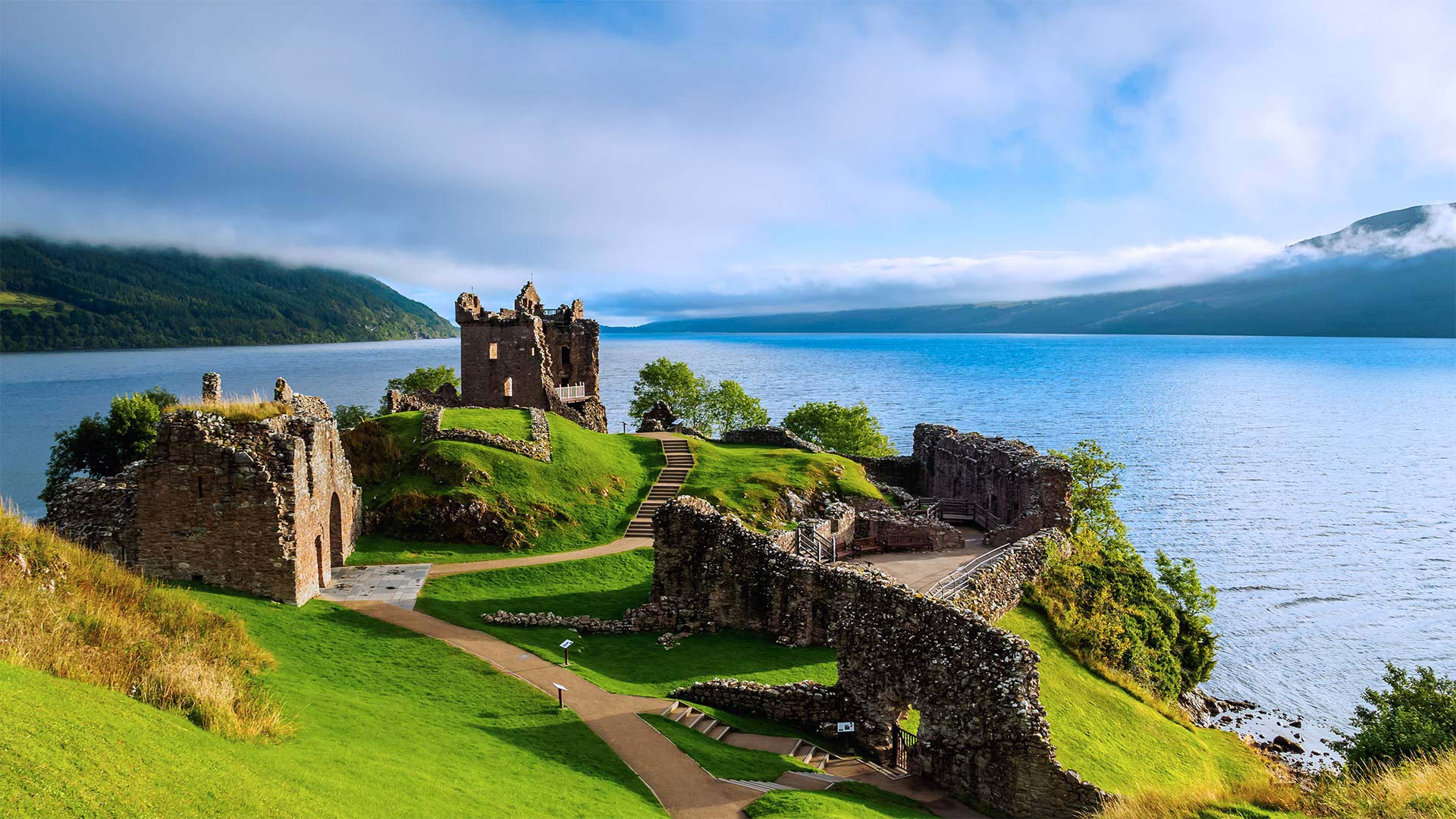 A monster view in Scotland

People love a good mystery. Maybe that's why we've been fascinated by mythical creatures like the Loch Ness monster for nearly 1,500 years. We're looking at Urquhart Castle, a ruin founded in the 13th century, with Loch Ness behind it. As the legend goes, on August 22, 565, an Irish priest named Columba confronted 'Nessie' and commanded the 'water beast' away. Since then, people have claimed to spot, or even photograph the Loch Ness monster, as well as Bigfoot, the chupacabra, the yeti, and other creatures around the world. This subculture practices cryptozoology—the study of hidden animals. Are any of these beasts real? Probably not, but why spoil the fun?