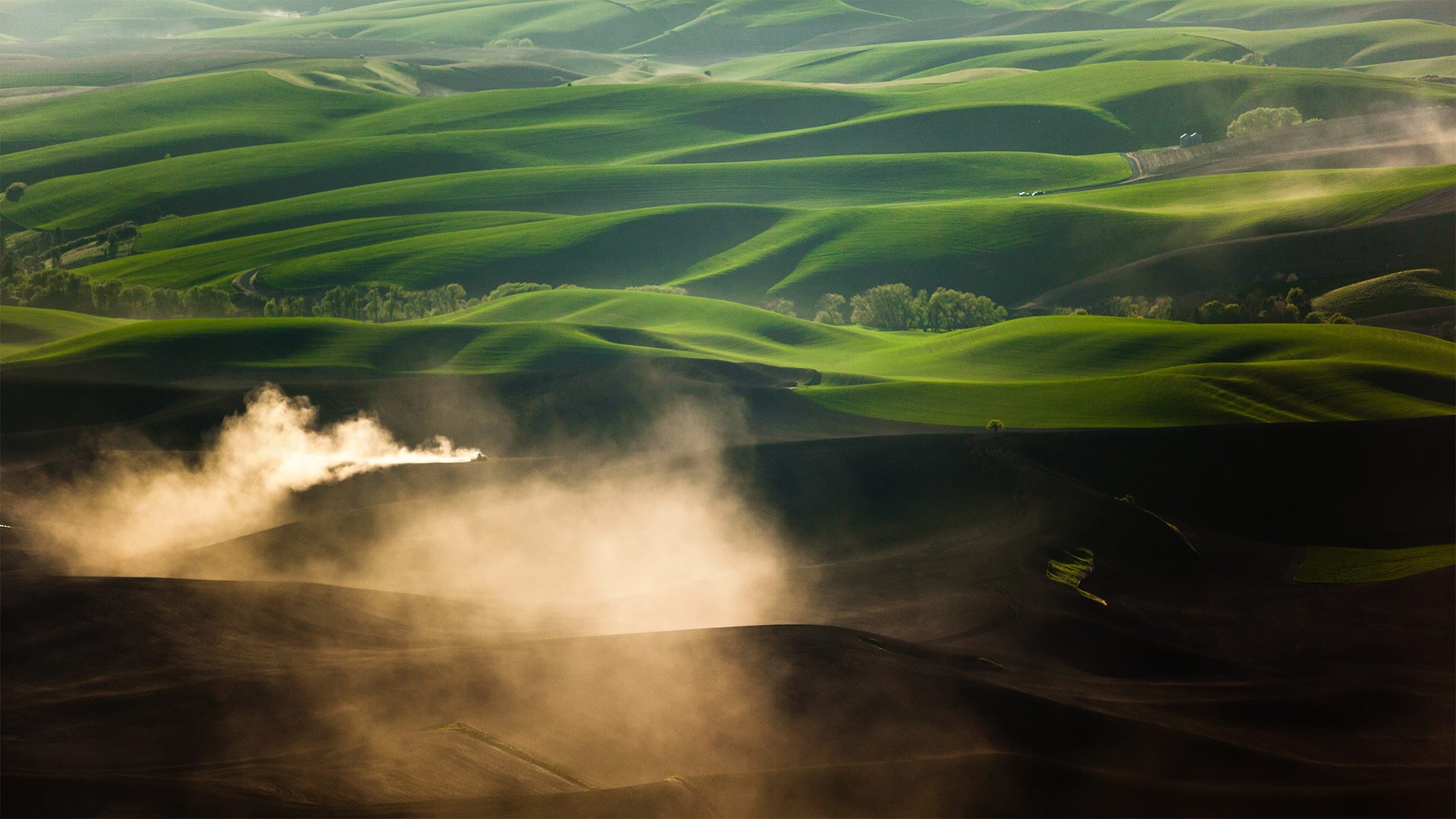 普尔曼附近的帕卢斯一辆拖拉机在耕作时扬起尘土，华盛顿州 A tractor kicks up dust while tilling fields on the Palouse near Pullman, Washington (© Ben Herndon/Tandem Stills + Motion)

Spring comes to the Palouse

The Palouse region of the inland Pacific Northwest is an unusually hilly prairie that straddles the state line between Washington and Idaho. Farming seems an unlikely endeavor here, but the soil and weather patterns make it ideal for growing certain crops, especially wheat and lentils. This time of year, when the wheat and barley crops are young, the hills brighten to fresh shades of green.

Before Europeans and early US settlers arrived, the Palouse was occupied by the Nez Perce people, who bred and raised horses with spotted coats—a breed that would eventually come to be known as 'appaloosas'—a gradual permutation of the name 'Palouse.' 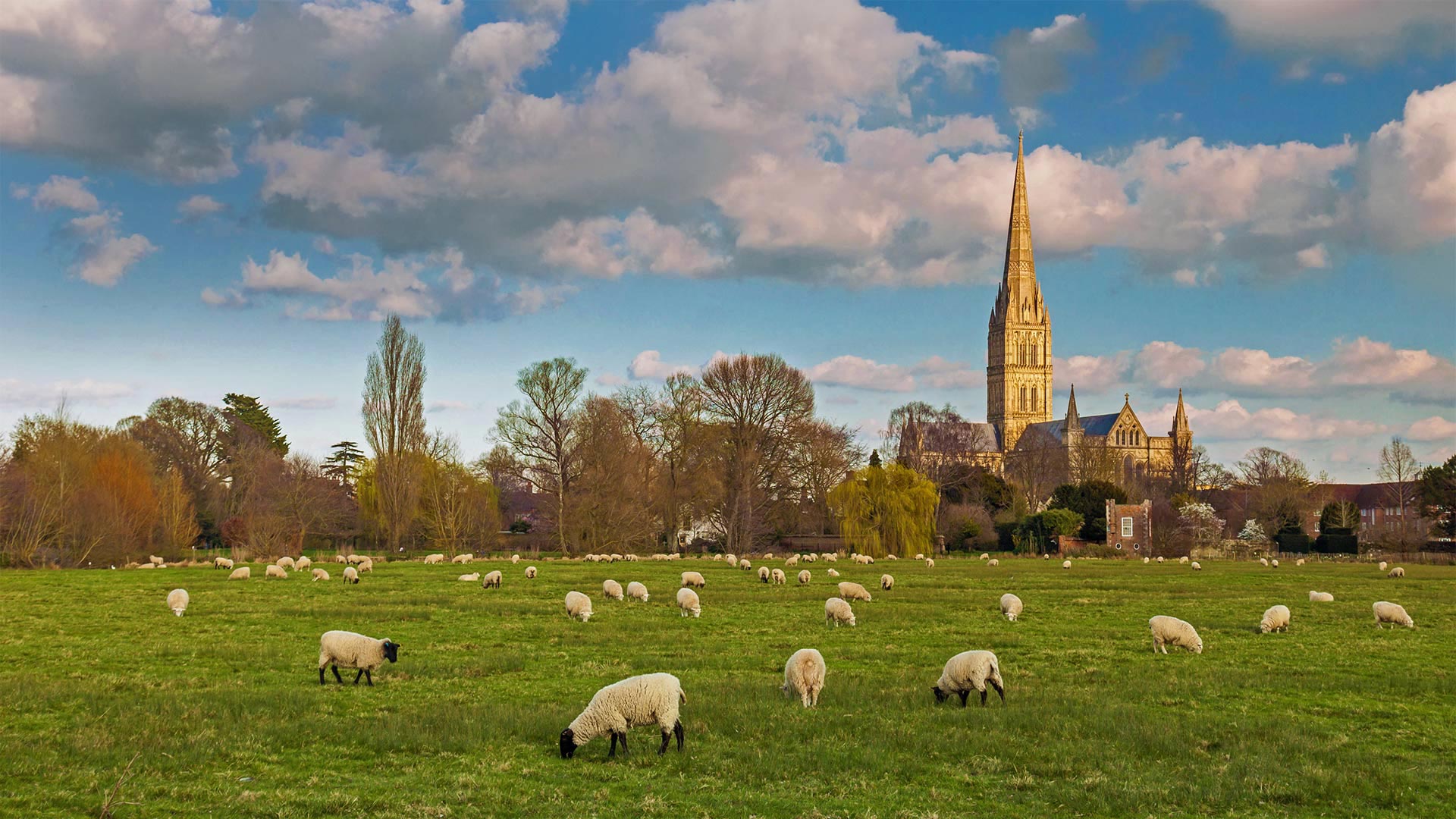 We're in the English county of Wiltshire to celebrate the 800th anniversary of Salisbury Cathedral—the towering marvel of Early English Gothic design rising behind these contentedly grazing sheep. The massive church's first foundation stones were laid here in Salisbury—then called New Sarum—on April 28, 1220. The structure itself dates back even further, the bulk of it having been moved over a mile piece by piece from the former Roman stronghold of Old Sarum.

The building's main body was complete by the time the cathedral was consecrated in 1258, and the magnificent spire was finished in its centennial year, in 1320. Even taller towers were built for cathedrals in London and Lincoln, but the Salisbury spire outlived both of those and, for more than four centuries now, has been the tallest church spire in England. 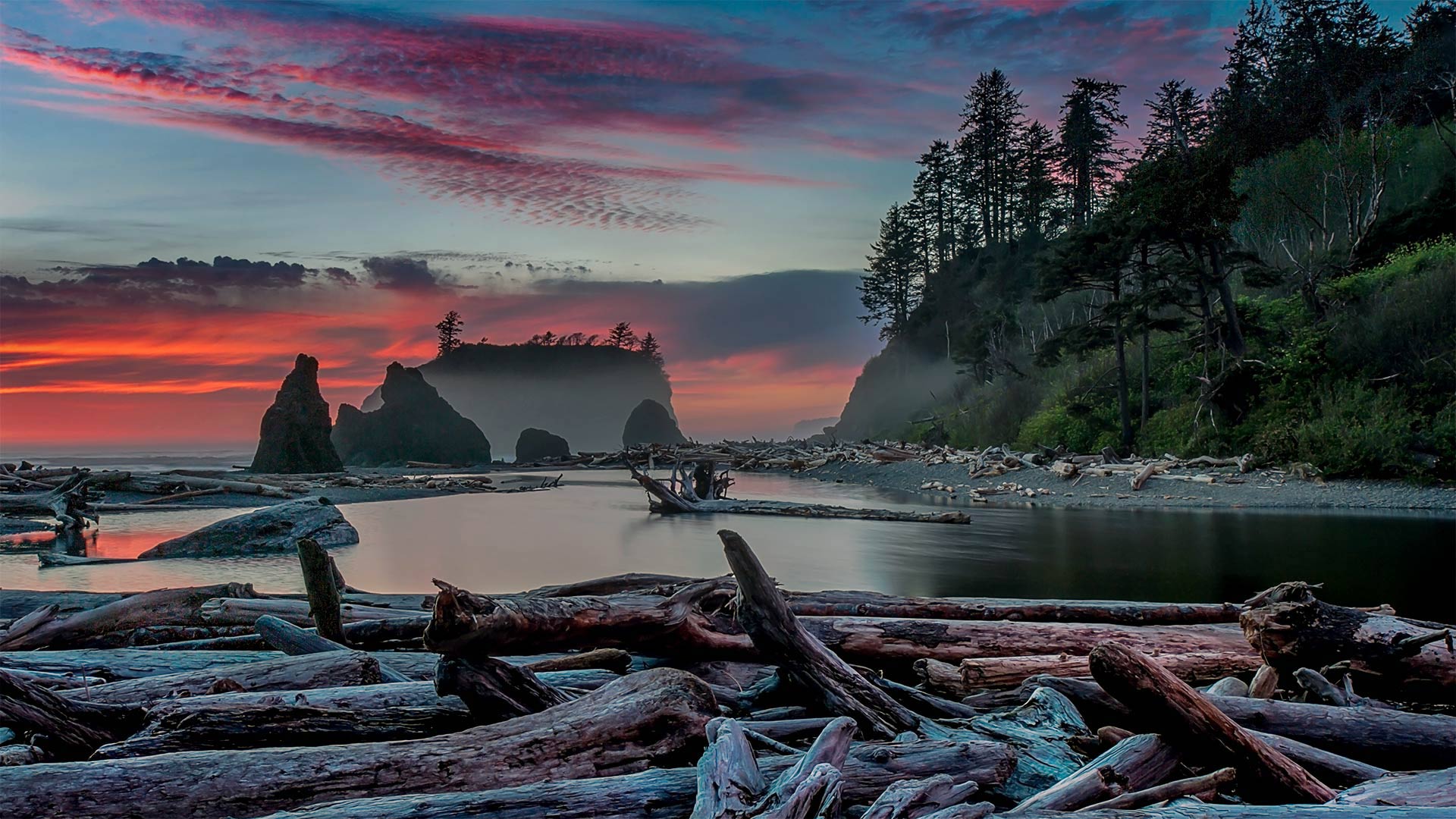 Reddish crystals in the sand inspired the name of Ruby Beach, one of the coastal stops within Olympic National Park in Washington state. A few miles from the shore is Destruction Island, where birds such as rhinoceros auklets may stop and rest after a day of gobbling up krill and squid in the cold Pacific waters. While the park includes miles of colorful Pacific coastline, it's also famous for the Hoh Rainforest, an inland temperate forest notable for its towering old-growth hemlock and spruce trees. 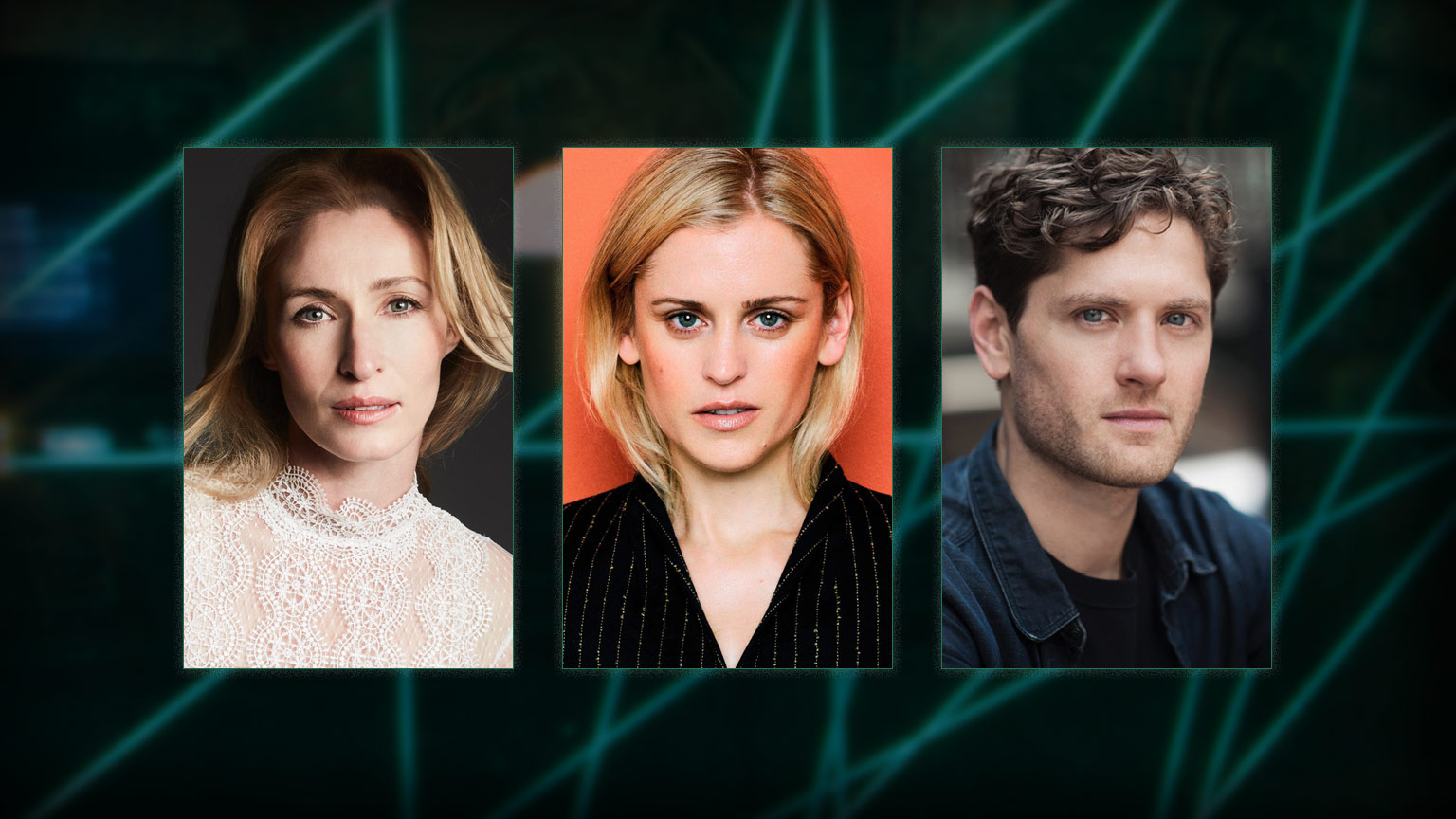 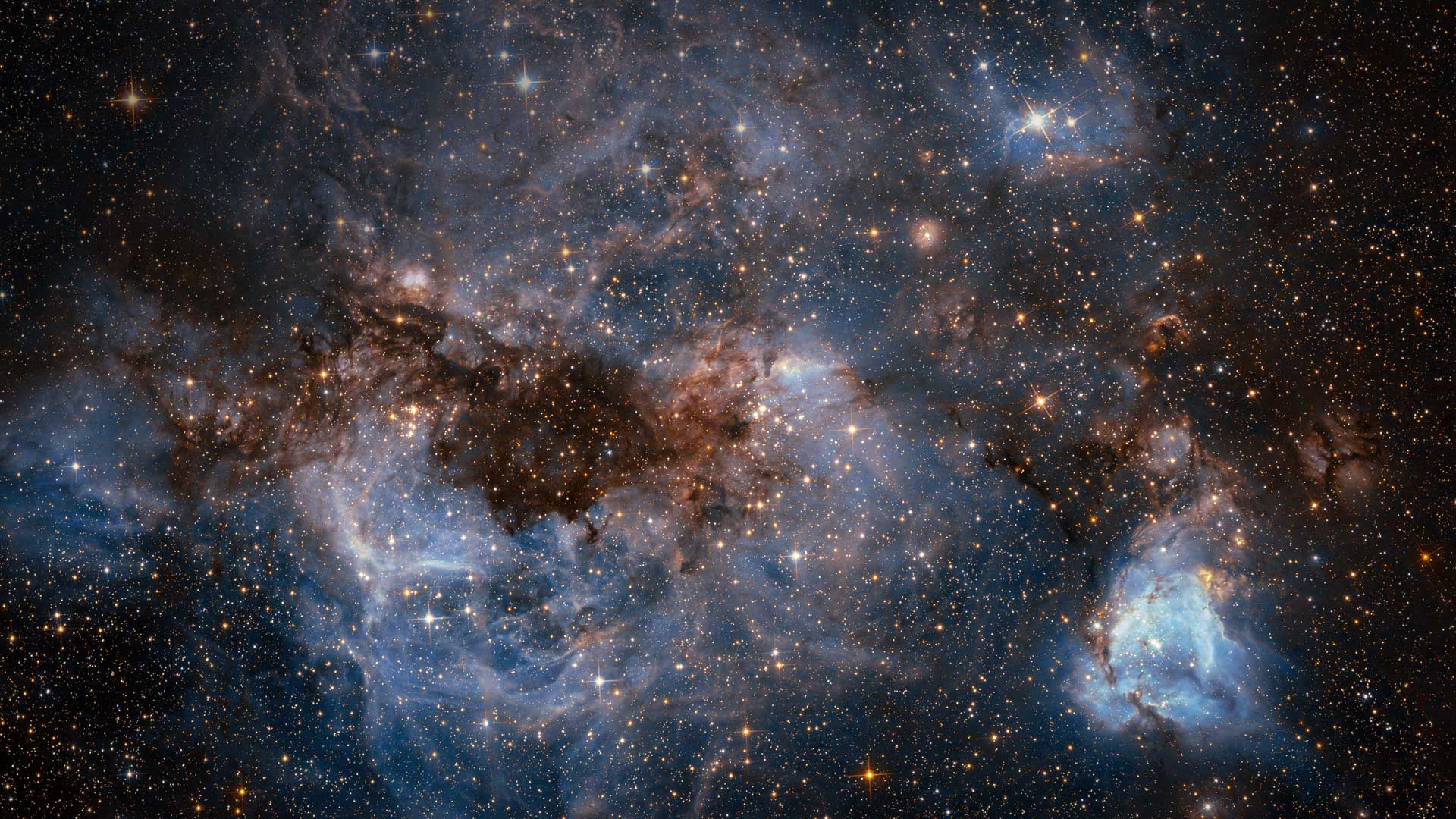 On this day in 1990, the Hubble Space Telescope entered orbit in the cargo bay of the space shuttle Discovery. Shortly thereafter, it began its continuing mission to capture images of our universe from low Earth orbit, free of the obstructions of clouds and the distortions of the atmosphere. Like its namesake, the great astronomer Edwin Hubble, the Hubble Space Telescope has transformed our understanding of the cosmos. Some of the telescope's greatest contributions include its Deep Field Images—which peer back billions of lightyears—or its with jaw-dropping images of objects closer to home, like the one on today's homepage, which shows a maelstrom of glowing gas and dark dust within one of the Milky Way's satellite galaxies, the Large Magellanic Cloud.

NASA estimates that Hubble's mission will continue for another 10-20 more years. Next year, it will be joined in orbit by the James Webb Space Telescope, which will be able to peer even farther into space and with greater sensitivity across more wavelengths. 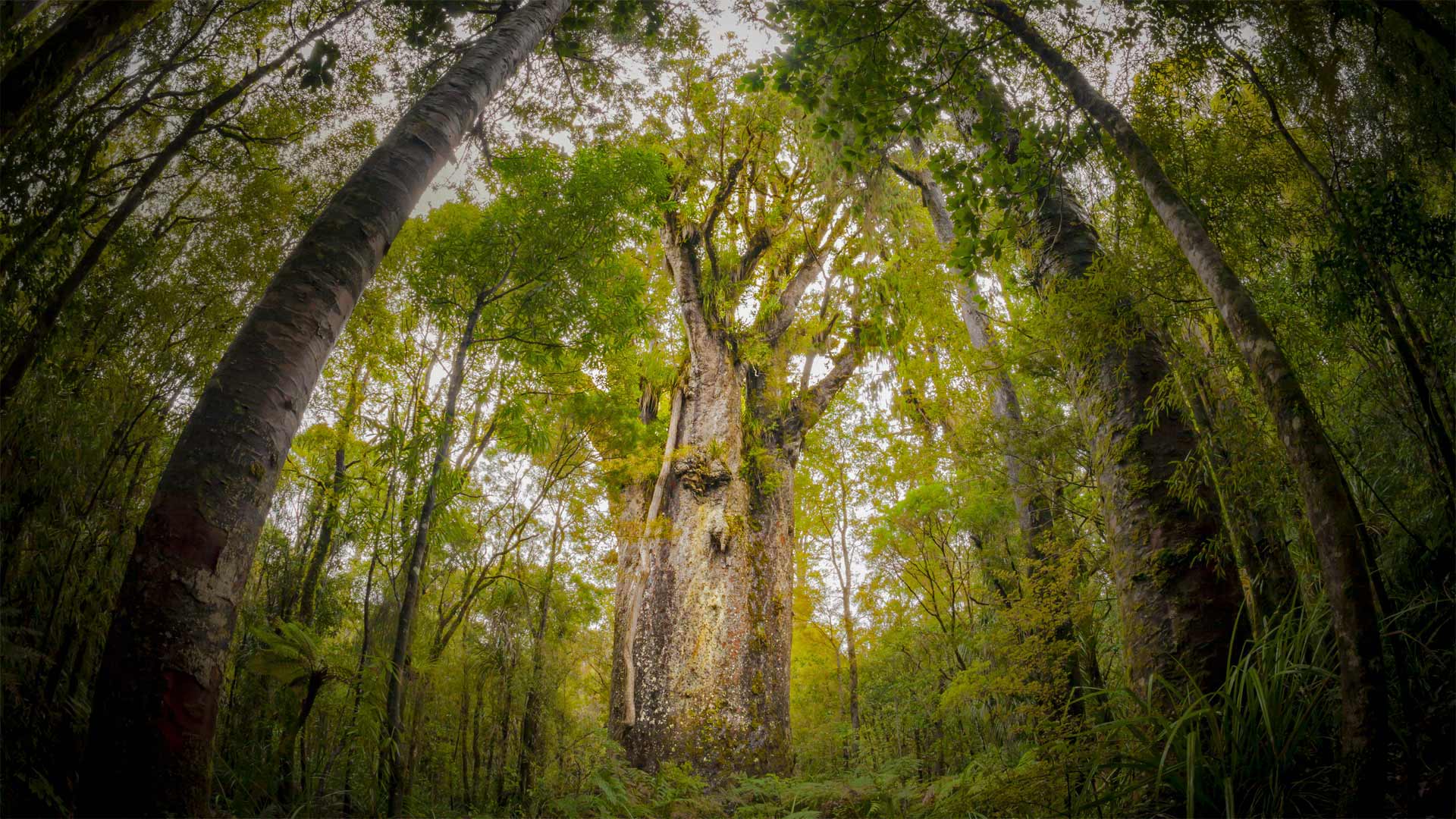 For Mother Earth's big day, we're shining the spotlight on a tree known as 'Father of the Forest,' or Te Matua Ngahere in the Maori language. This giant kauri tree lives in the Waipou Rainforest of New Zealand's North Island. At more than 1,500 years old years old and more than 52 feet around, it's both one of the oldest trees in New Zealand and one of the largest. It's long been revered by the Maori, and is protected by Maori elders.

We suspect this ancient tree must have some extra bounce in its branches today for the 50th anniversary of Earth Day. On this day in 1970, some 20 million Americans rallied in communities across the nation to raise awareness of environmental issues. The landmark event is credited for sparking passage in the 1970s of the most comprehensive environmental reform legislation in US history, including the creation of the Clean Air, Clean Water, and Endangered Species Acts, as well as the Environmental Protection Agency (EPA). Earth Day is now celebrated in nearly 200 countries and has grown to include Earth Week, and even Earth Month celebrations. That's all good news for Earth's residents, big and small. 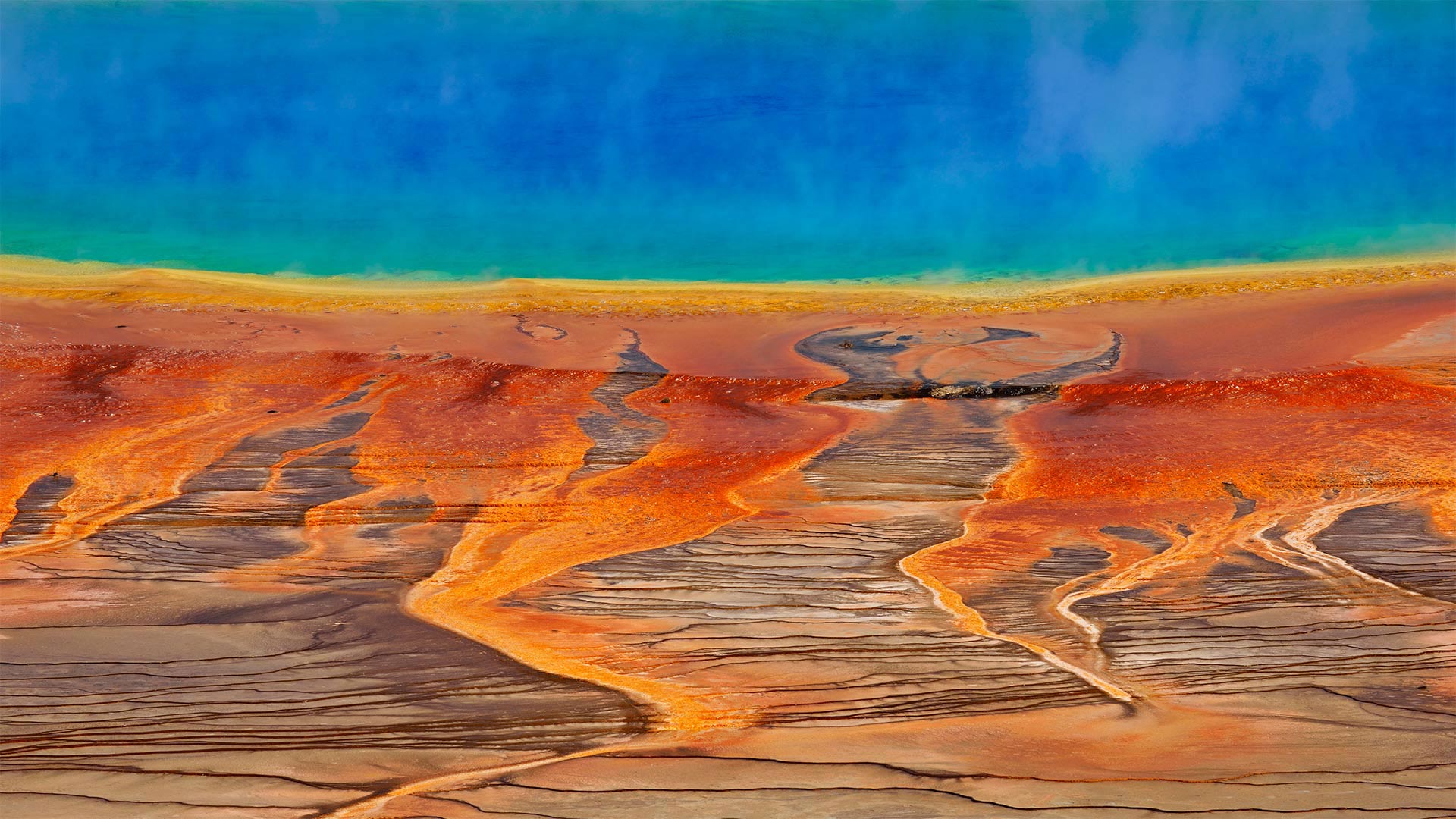 Colors spring up in Yellowstone

As National Park Week continues, we're taking a look at the Grand Prismatic Spring, one of the more popular attractions in Yellowstone National Park. Visitors on an elevated wooden boardwalk come to witness the vivid colors, which are formed due to a cycle of hot water rising, cooling, and falling--creating rings of distinct temperatures inside the spring. The clear, blue center is the hottest part, with almost nothing living in it. But the other rings are home to different organisms that give the water its rings of color. While it's beautiful to look at, you wouldn't want to swim in it. It's illegal, but it's also much too hot—and the sulfur smell wouldn't leave you feeling too clean. 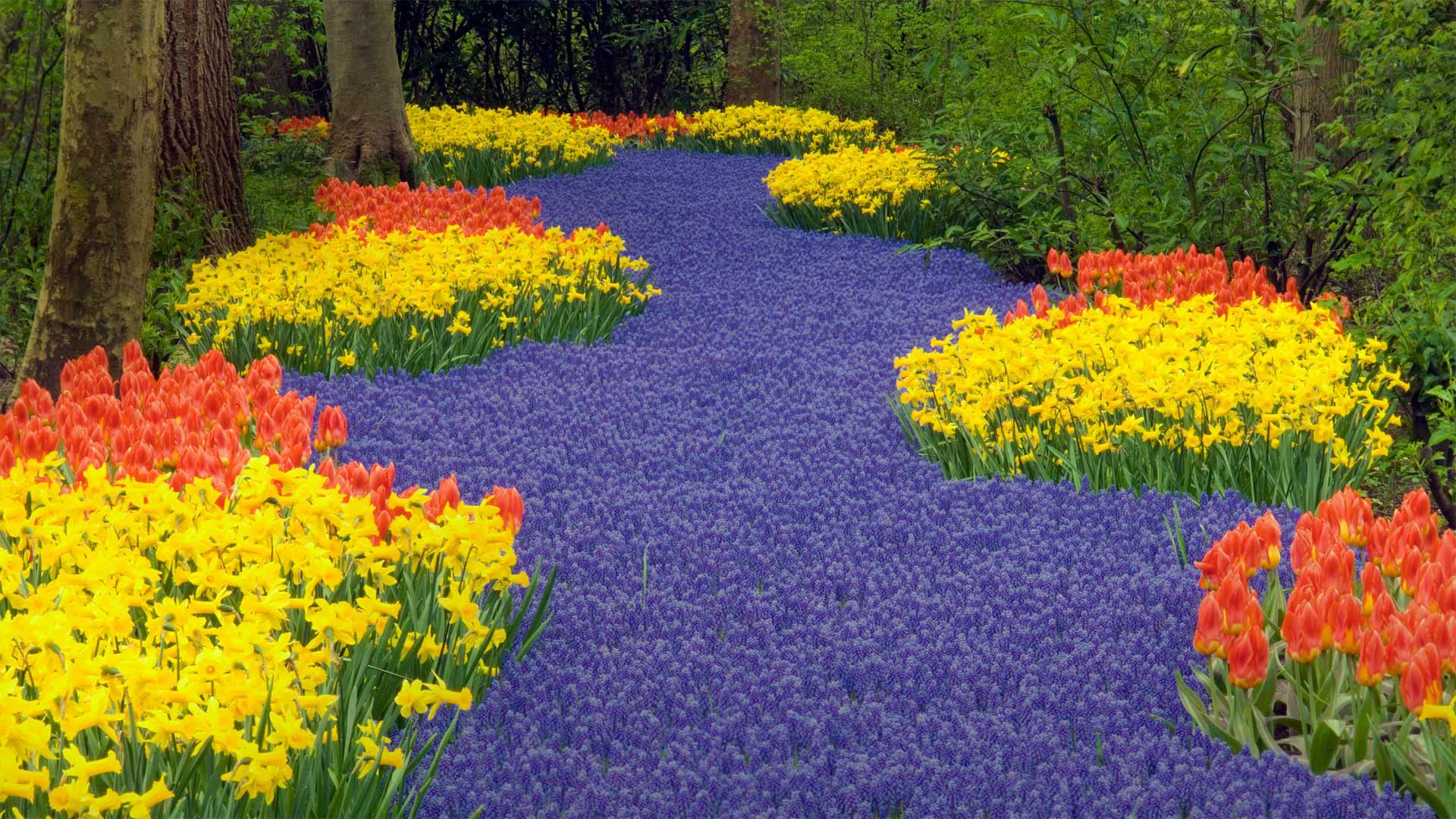 In the 'Garden of Europe'

Welcome to the ‘Garden of Europe’—a nickname given to this public flower garden in Lisse, Netherlands. The literal translation of 'keukenhof'—from Dutch to English—is 'kitchen court,' as the original grounds for the park and flower garden began as a vegetable garden for the royal residents of Keuken Castle during the 15th century. This prompted another nickname for the pastoral spot: 'kitchen garden.'

Most years, the flower garden opens for just eight weeks each spring to take advantage of the blooming tulips, daffodils, and other flowers. But on March 23, 2020, the Dutch government canceled all public events in an effort to stop the spread of the coronavirus. However, because so much effort goes into the careful planning and planting of the garden, the staff of Keukenhof has vowed: 'If people cannot come to Keukenhof, we will bring Keukenhof to the people.' They'll be sharing video and images of this year's garden via various 'online channels.' 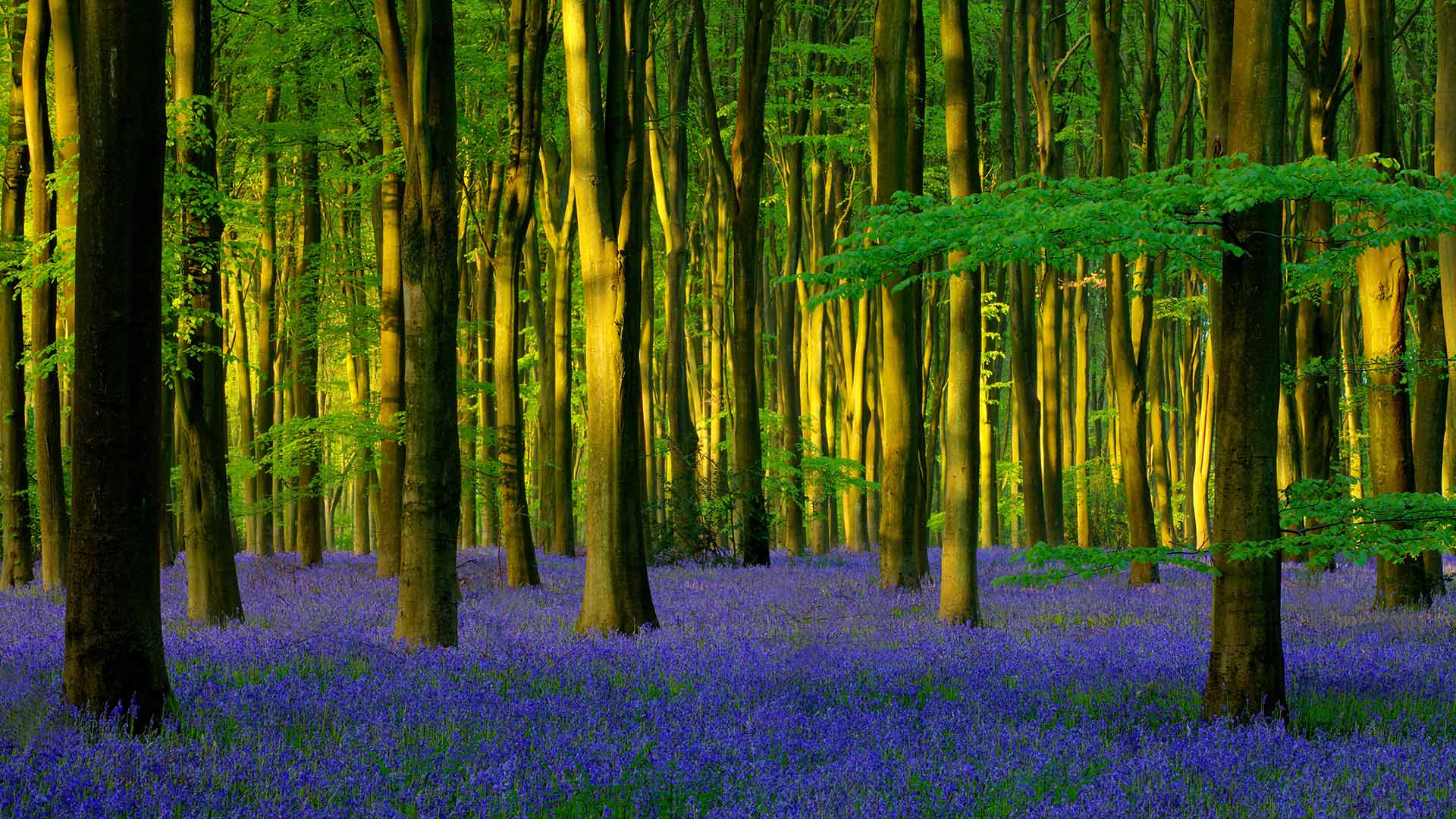 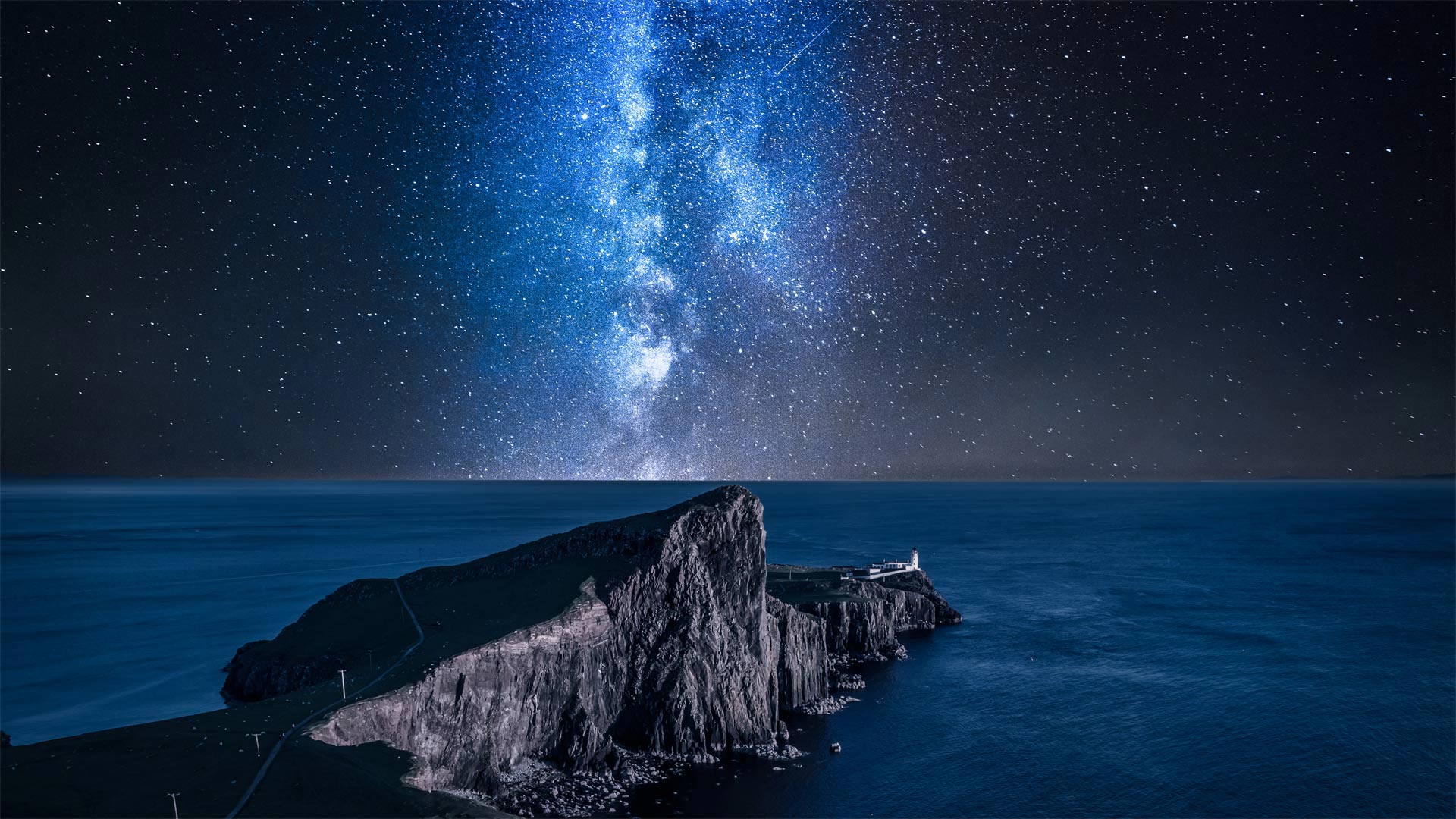 Step into the dark

We're on the Isle of Skye, a fitting locale to celebrate the beginning of International Dark Sky Week, and not just because of its name. The Isle of Skye is one of several parts of Scotland that are set aside as Dark Sky parks, where the lack of artificial light makes stargazing a spectacular event, with or without a telescope.

First observed in 2003, International Dark Sky Week was the brainchild of then-high school student Jennifer Barlow. Her goal was to bring awareness of the impact of light pollution on people and the environment. Her efforts have made it a worldwide event and a centerpiece of Global Astronomy Month.