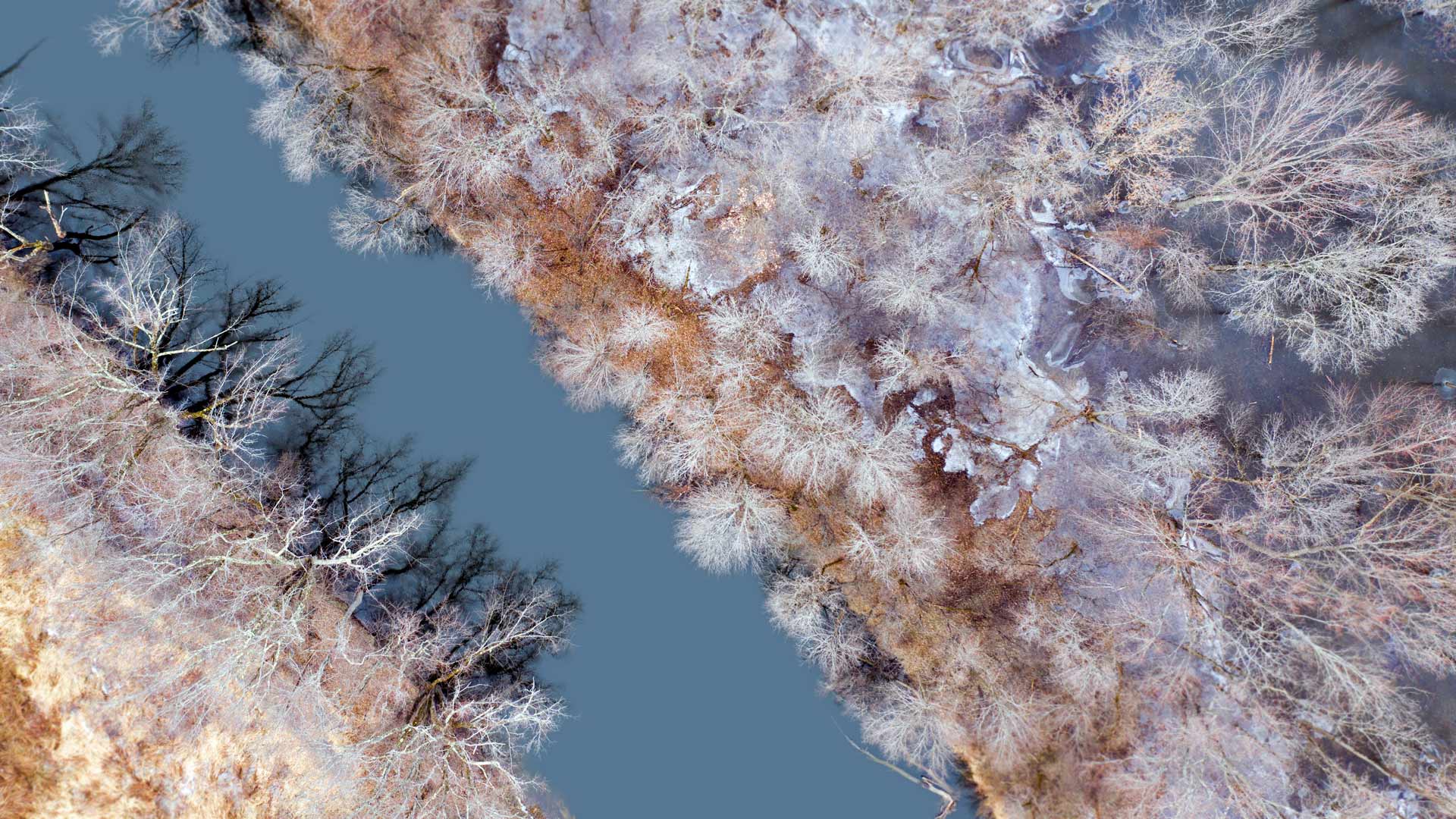 Looking down on the Otter

Otter Creek is the longest river entirely contained within the borders of Vermont and has been an important waterway since people settled in the area around 10,000 years ago. Originally an important trade route for the indigenous Abenaki, Algonquin, and Iroquois nations, it remained a vital part of the economy of the early European settlers up through the 19th century. It winds through some of the Green Mountain state's most scenic towns, from Brandon to Middlebury to Vergennes, and empties into Lake Champlain. It is also the water source for more than one of Vermont's many microbrew makers, including Otter Creek Brewery. With at least 60 breweries serving just over 600,000 people in the state, Vermonters lead the nation in beer brands per-capita. Cheers! 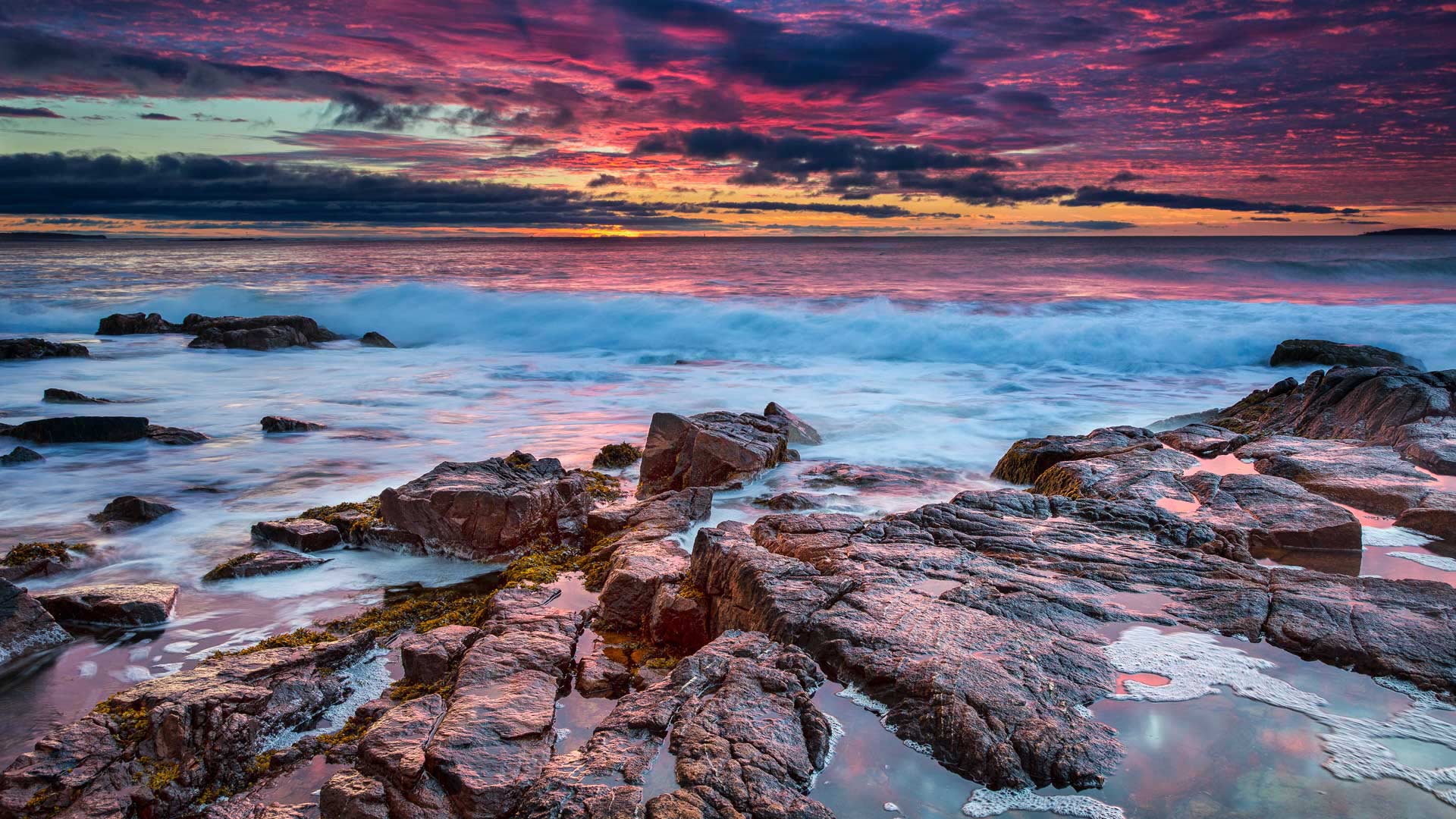 'The Crown Jewel of the North Atlantic'

Welcome to Acadia National Park on Maine's rocky, scenic coast. The 49,075-acre park covers about half of Mount Desert Island, smaller nearby islands, and a section on the mainland. The oldest national park east of the Mississippi River and the only one in Maine, Acadia packs a lot of geographical variety into its relatively small size. You'll find miles of craggy coastline like the shore in our homepage image, woodlands, wetlands, and mountains. The park's Cadillac Mountain is the highest point along the North Atlantic seaboard and a great spot to take in the sunrise. 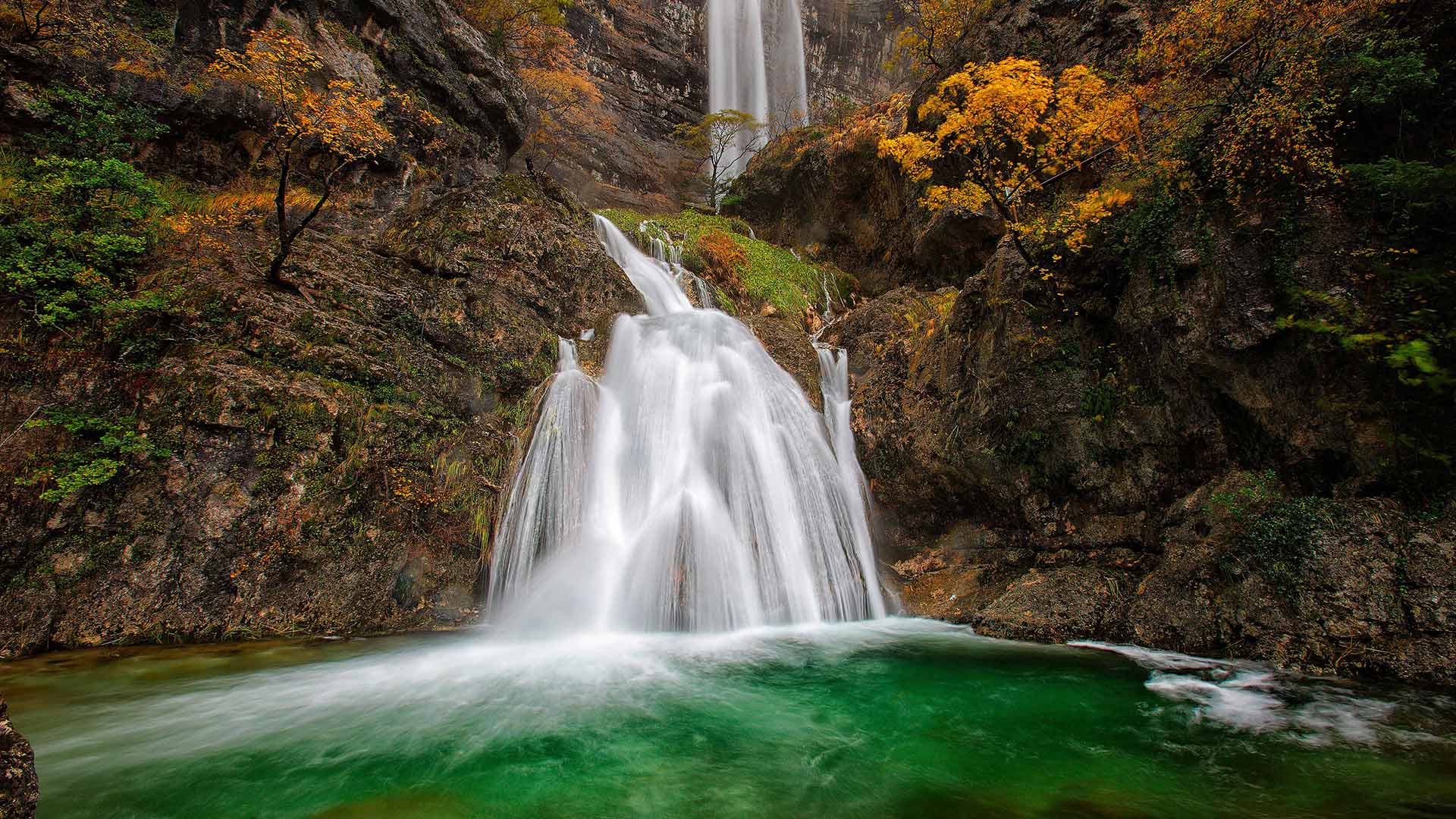 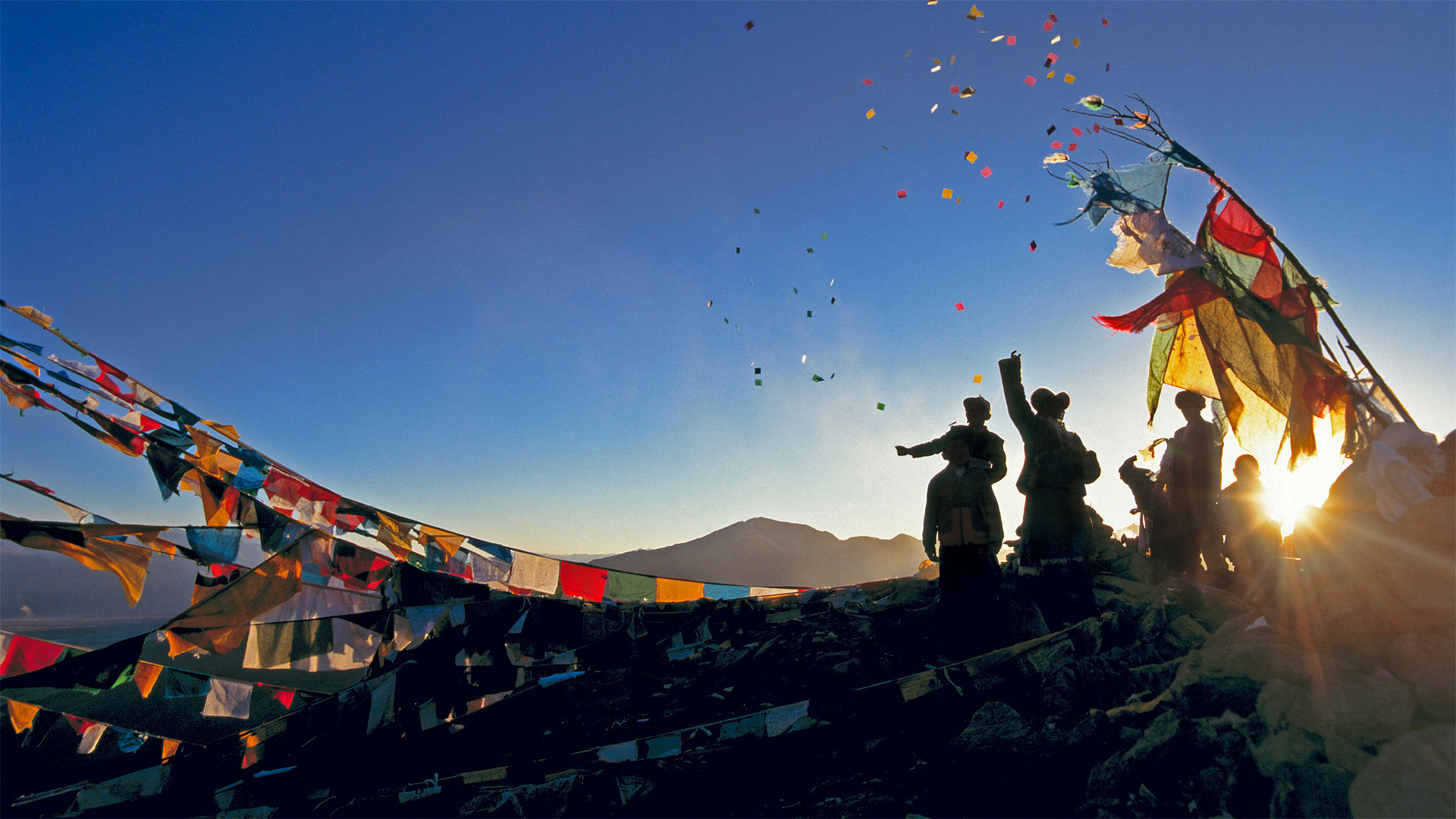 朝圣者将风马旗扔向甘登寺上方的空中为新年祈福，中国西藏 Pilgrims throwing wind horses into the air above Ganden Monastery for the New Year in Tibet, China (© Ian Cumming/plainpicture)

For the first day of Losar, or the Tibetan New Year, we're paying a visit to these Buddhist pilgrims at the Ganden Monastery in Lhasa, Tibet. Losar is celebrated for 15 days, but most events occur in the first three days. They include wishing family members a prosperous year, praying at monasteries or temples, exchanging gifts, burning incense, chanting, wrestling, horse racing, and more. Celebrations for the new year end with Chotrul Duchen, or the Butter Lamp Festival. The pilgrims in today's image are releasing prayer flags called 'wind horses' or lungtas, a ritual they perform during Losar and during the rest of the year as well. Upon releasing the prayer flags, the pilgrims ask the mountain deity to 'increase their fortune like the galloping of a horse and expand their prosperity like the boiling over of milk.' 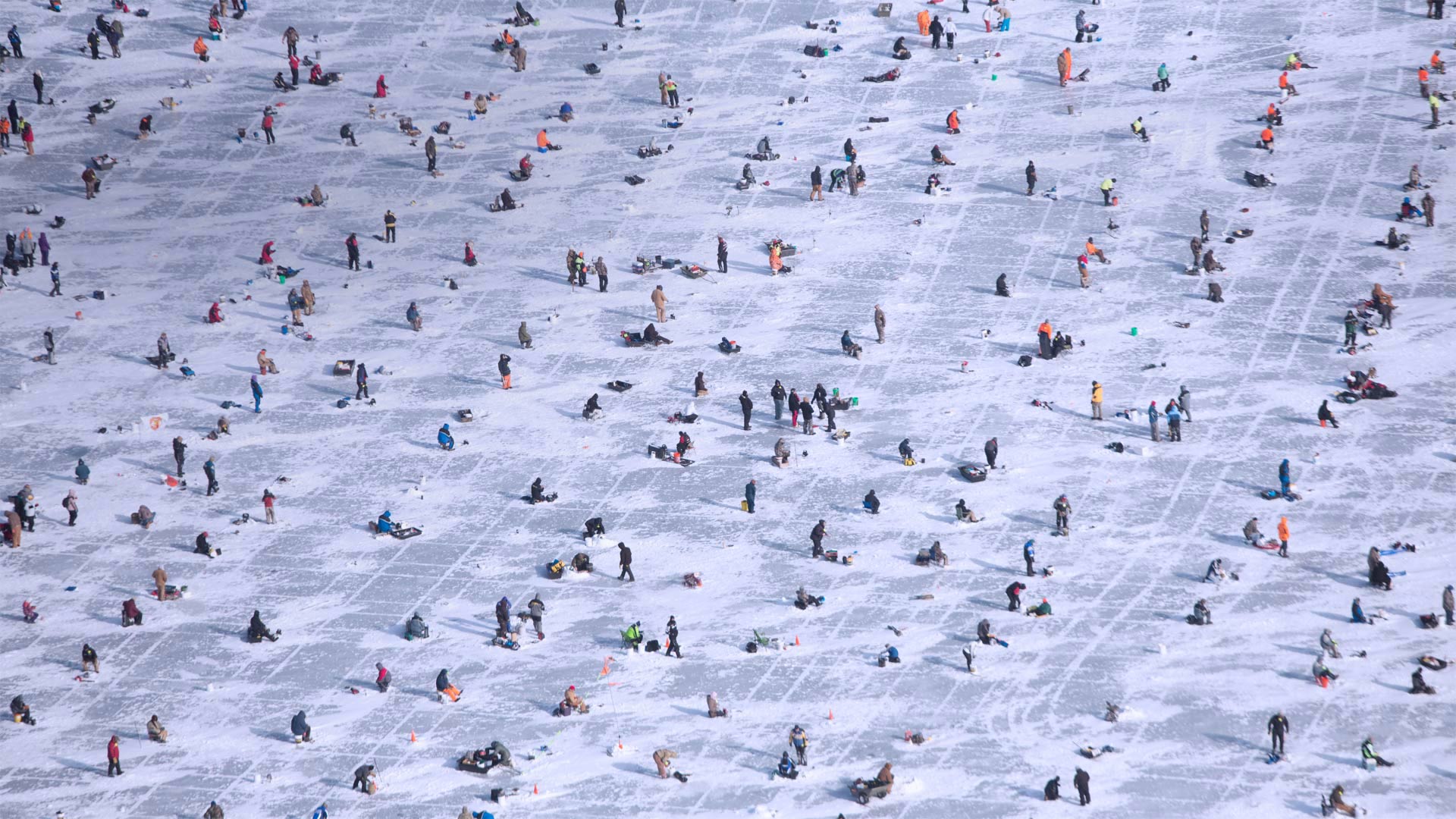 We’re just outside of Brainerd, Minnesota, for the Ice Fishing Extravaganza on Gull Lake. Each year in late January, more than 10,000 people will come out to catch as many fish as they can—mostly walleye and northern pike, but all fish species are eligible. The contest is organized and run by volunteers exclusively, and 100 percent of the proceeds—around $150,000—goes to local charities.

The practice of ice fishing started years ago when Native American tribes in the Upper Midwest would use it to gather food for the long, harsh winters. But today, ice fishing is a popular winter activity in the Land of 10,000 Lakes. Some anglers even trick out modern-day ice shanties with big-screen TVs, underwater cameras, sonar fish-finders, and bathrooms with hot showers, making it easy to spend entire weekends out on the lake, warm and dry. 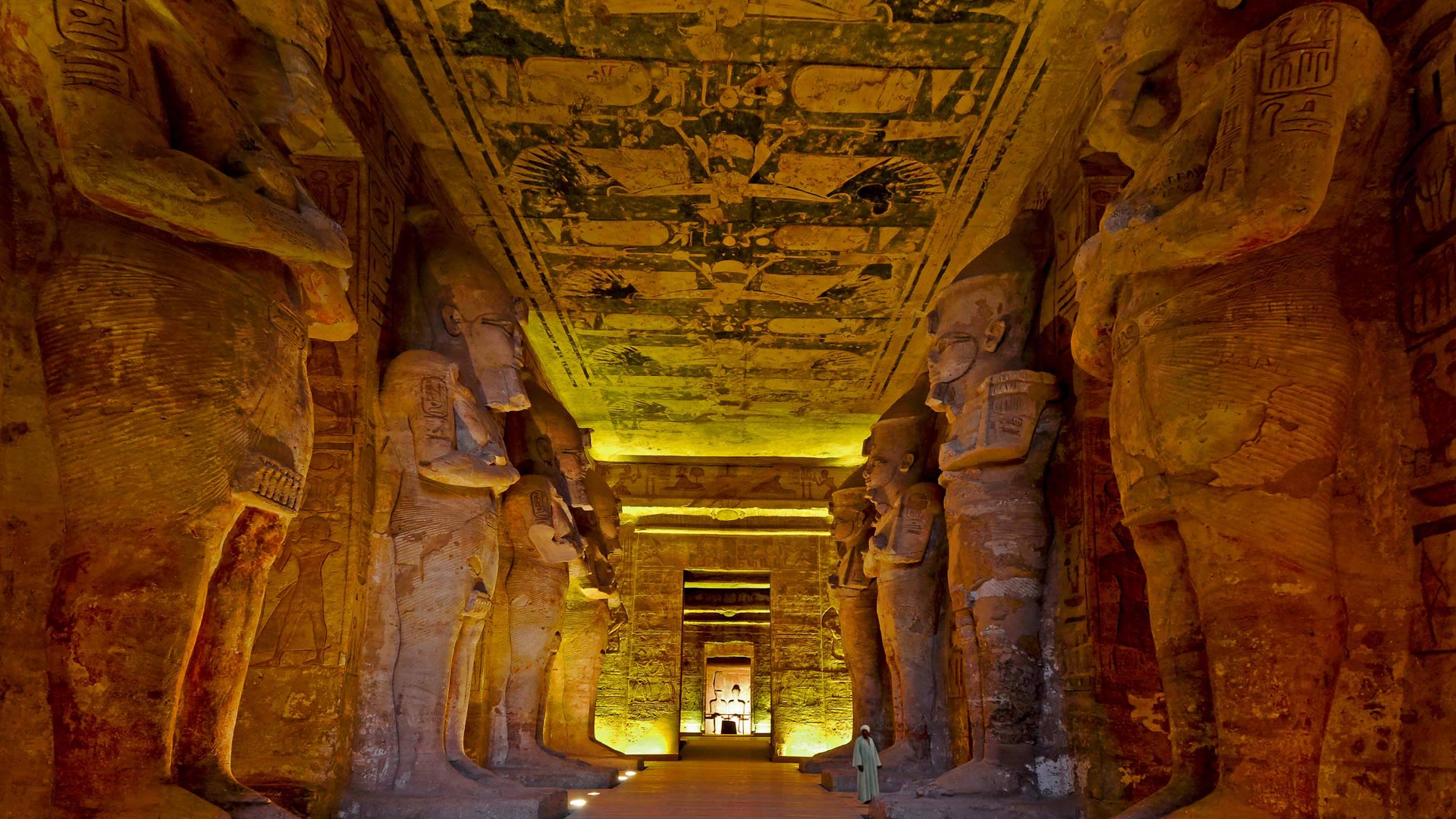 It's not always sunny in Abu Simbel…

This tiny lakeside settlement's Great Temple of Ramesses II was positioned on the orders of that powerful pharaoh so the inner sanctum (in this picture, that's the small room at the very back) is lit by the sun only twice a year. On February 22 and October 22 (thought to be Ramesses' coronation and birth dates, respectively), the first light of dawn illuminates the sanctuary and three statues within: one of Ramesses, one of the sun god Ra, and one of the chief god Amun. A fourth statue depicting the underworld figure Ptah is permanently shrouded in shadow.

The temple is one of a pair resting on the man-made Lake Nasser's shores, the other honoring the pharaoh's wife Nefertari. When the Nile was dammed to create the lake in the 1960s, the whole complex was painstakingly moved to higher ground. While it's unclear if the relocation slightly altered the original timing of the Great Temple's solar alignment, tourists still descend in droves on the site every six months to witness the luminous event. 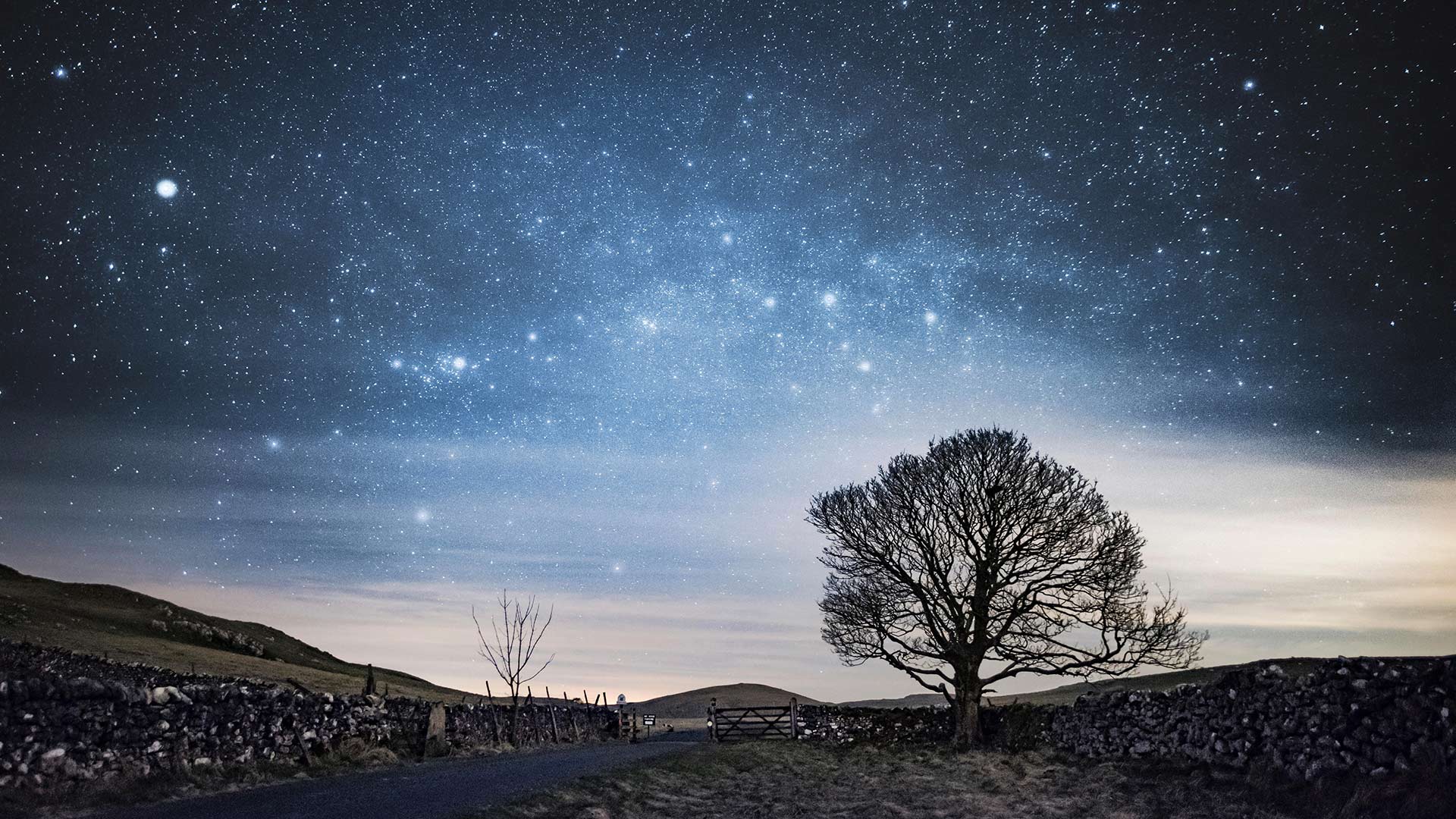 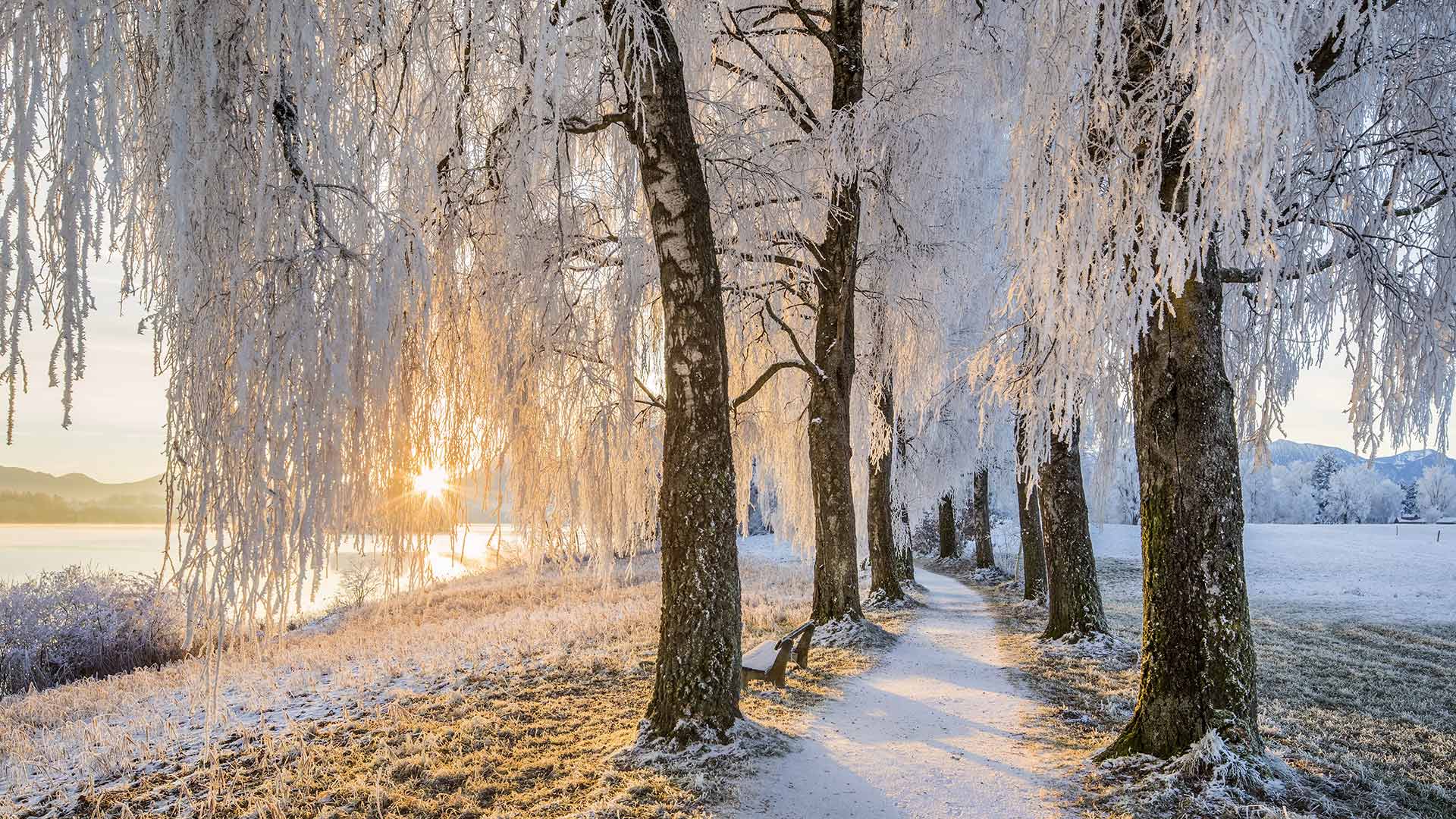 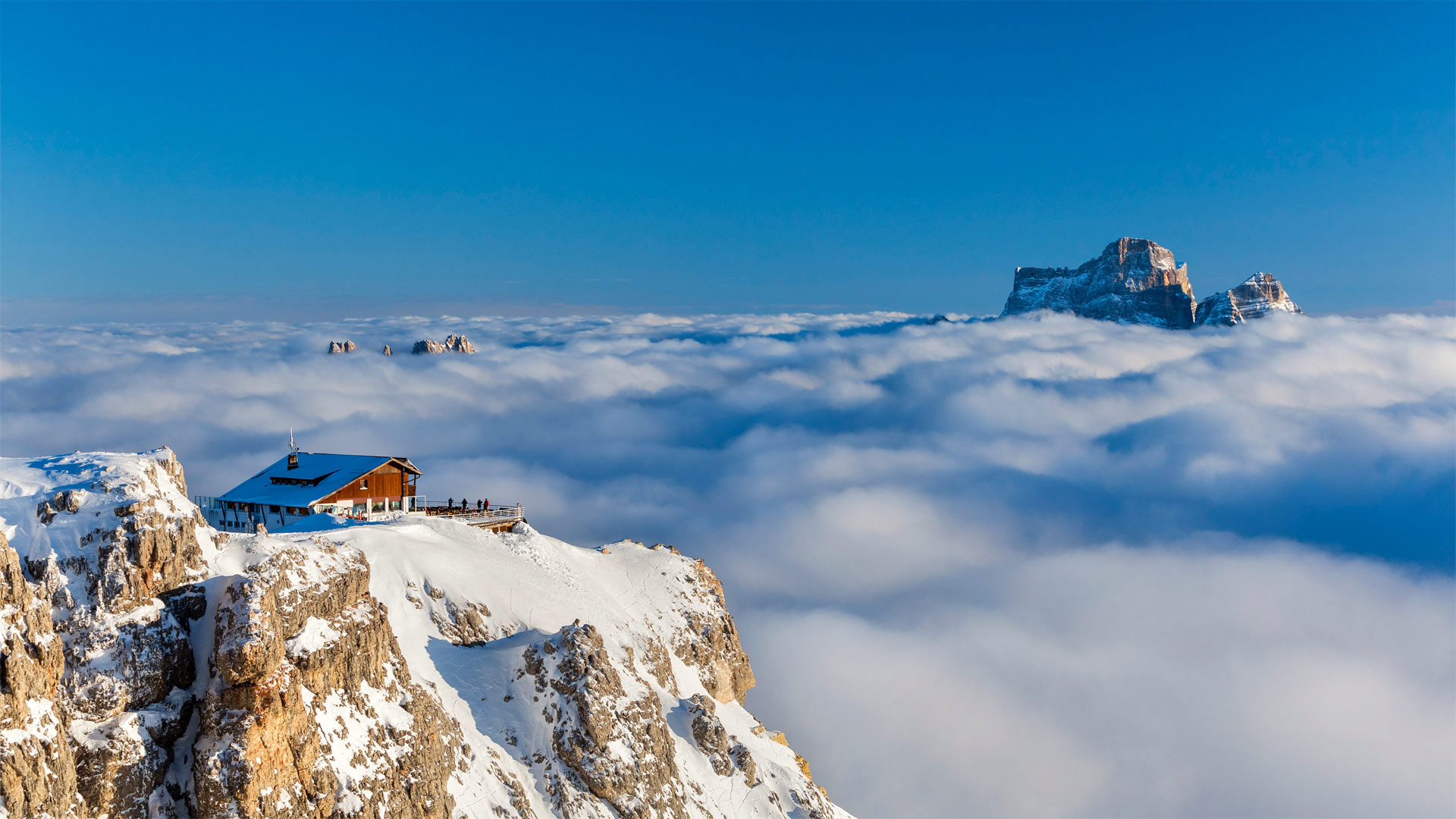 Après-ski in the Dolomites

Today's homepage image features Rifugio Lagazuoi, a ski lodge located at about 9,000 feet above sea level on Italy's Mount Lagazuoi. With an elevation higher than most ski lodges in this area of the Dolomites, it gives visitors opportunities for breathtaking views like this one. The ruggedly beautiful mountain landscapes, pristine natural environments, and distinctive geologic formations all contributed to the Dolomites being recognized as an UNESCO World Heritage site in 2009. While the area is accessible all year long, it's worth visiting during the ski season to check out the Great War Ski Tour, an open-air museum and where you can see World War I trenches and tunnels created by Italian and Austro-Hungarian troops as they fought each other in this precipitous and stunning terrain.

Too awesome to be a planet

Pluto was first spotted on this day in 1930 by Clyde Tombaugh, a 23-year-old astronomer at Lowell Observatory in Flagstaff, Arizona. Because it’s so far away—about 40 times as far from the sun as Earth is—scientists knew relatively little about Pluto until the New Horizons spacecraft reached it in 2015. In a flyby study, the craft spent more than five months gathering detailed information about Pluto and its moons. What did they find out? There’s a heart-shaped glacier, blue skies, spinning moons, mountains as high as the Rockies, and it snows—but the snow is red.

Once thought to be one of nine full-fledged planets orbiting our sun, in 2006, Pluto was stripped of its planetary status and reclassified as merely a 'dwarf planet.' (Sorry, Pluto.) Though it may no longer be considered a true planet, it’s still the largest dwarf planet of our solar system and holds plenty of mysteries waiting to be discovered.