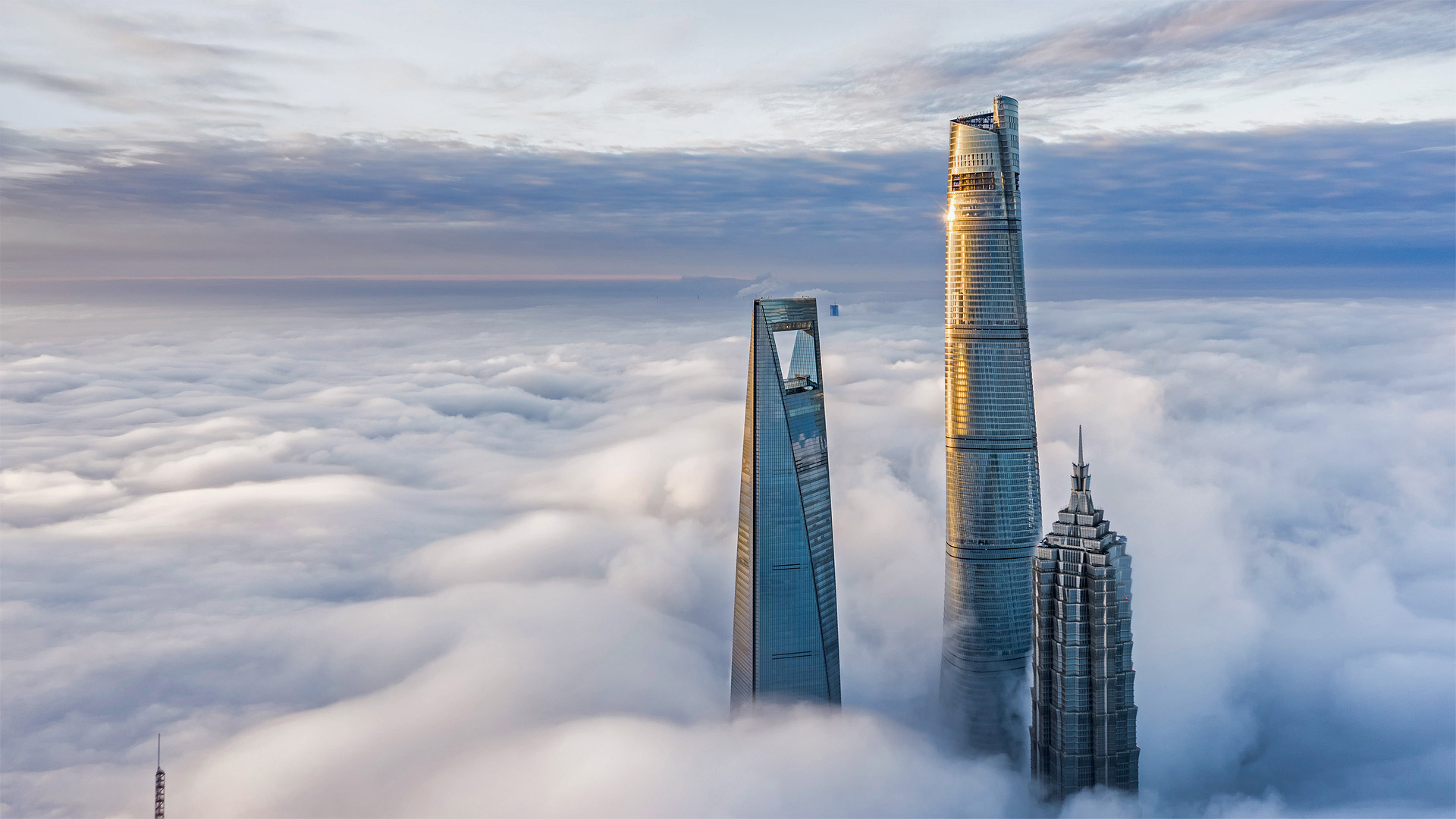 Piercing the clouds above Shanghai as we celebrate National Skyscraper Day, each of these three supertall spires could be seen as a freeze-frame of China's swift economic growth in the past couple of decades. Jin Mao Tower (right, 1,380 feet) was China's tallest building from 1999 until the Shanghai World Financial Center (left, 1,614 feet) opened in 2007 and took the title. Shanghai Tower (center, 2,139 feet) topped out in 2013, besting the SWFC and becoming the second-tallest skyscraper in the world (behind Dubai's Burj Khalifa). 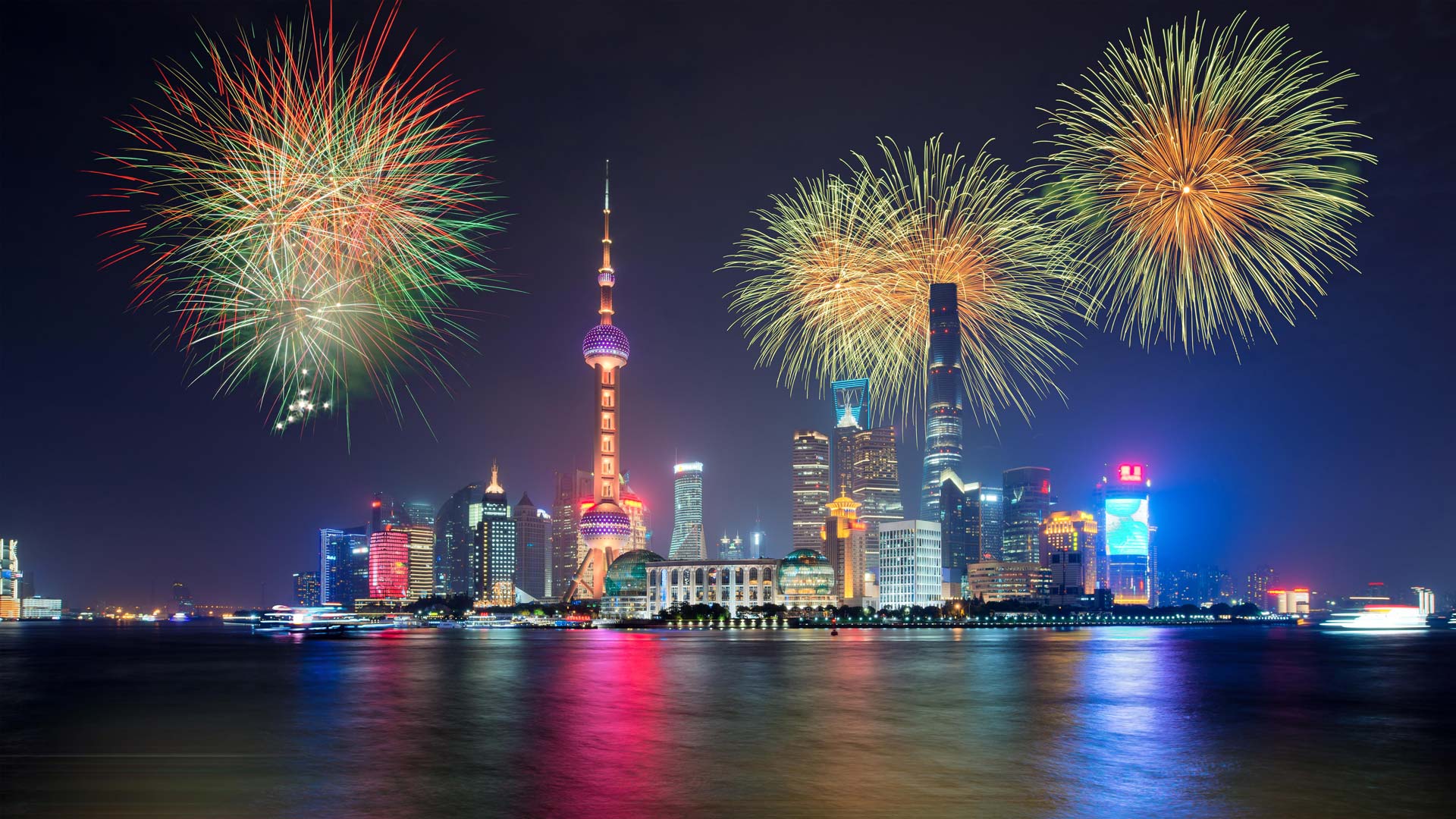