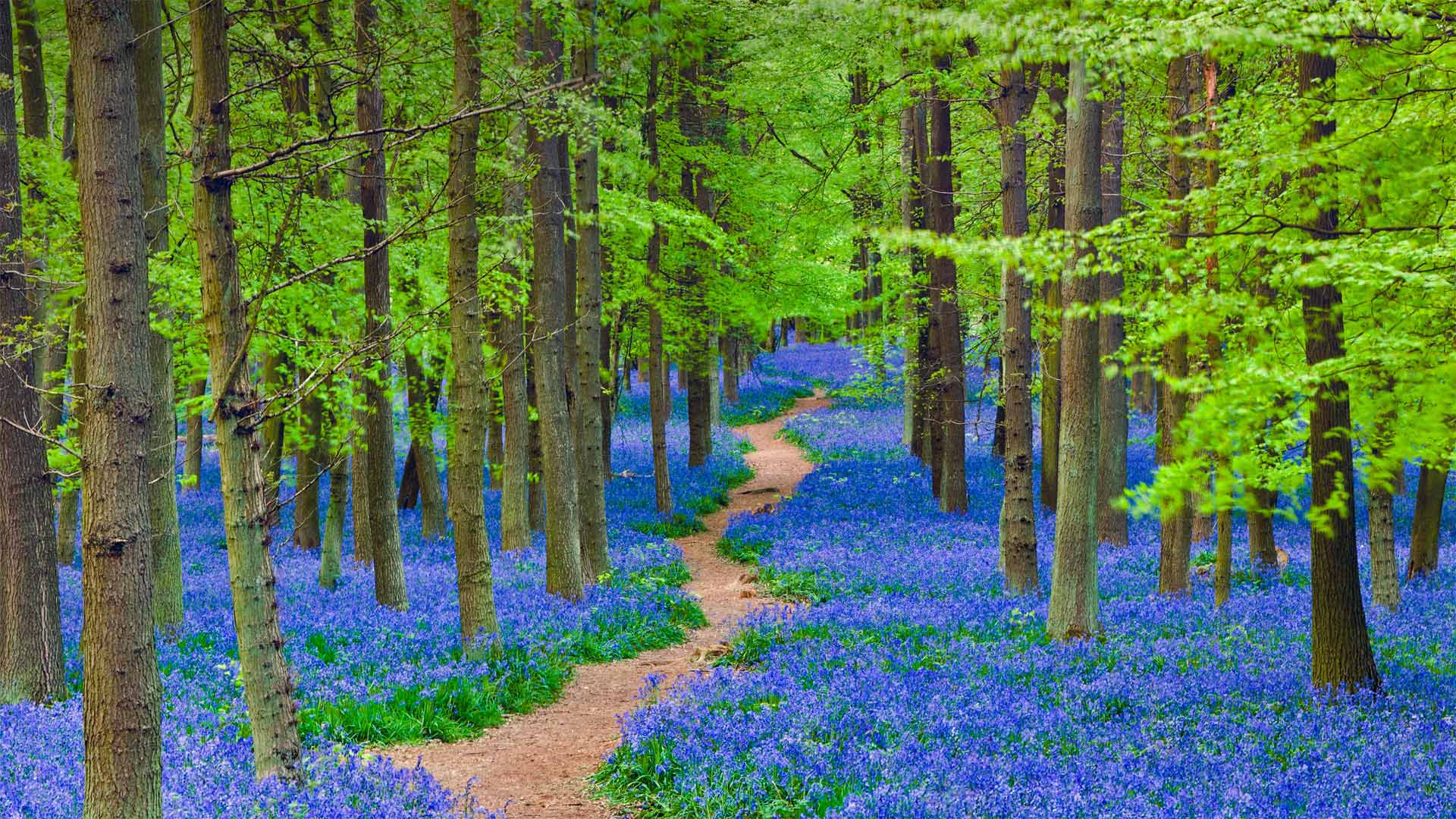 一条蜿蜒穿过开满蓝铃花森林的小径，英格兰赫特福德郡 A path winding through a forest of bluebells in Hertfordshire, England (© JayKay57/Getty Images)

是否有胆量穿过这片蓝铃花丛？ Dare to tread through the fairy flower?

For just a few weeks every spring, across the pond in England and under the newly forming woodland canopy, one of the most enchanting flowers begins to bloom. The bluebell is known by many names but those who know it as the 'fairy flower' might be the most prepared to withstand its strong, sweetly scented allure. According to British folklore, a blooming bluebell carpet on the woodland floor is a mystical place where fairies live. The legends hold that fairies hang their spells on the flowers to dry, and disturbing them would unleash the magic. In earlier times, children were warned that picking bluebells would cause them to be spirited away. Even adults could fall victim to the flower, being doomed to wander the woods and never escape. And heaven forbid you ever happen to hear the fairies ring the bluebells for their gatherings—it means your death is imminent, a belief that inspired another name for bluebells: 'dead men's bells.'

The truth of the matter is that bluebells are considered toxic. Ancient folktales about fairies were a good way to make sure curious humans avoided handling them. But enjoying their beauty is a whole different matter. Walking through ancient woodland to catch a glimpse of these short-lived beauties is a popular activity throughout the United Kingdom where they are most often found, like those in today's photo of Hertfordshire, England. Rare in other parts of the world, there has been a success in transplanting them, should you want to want to tempt fate with the fairies.